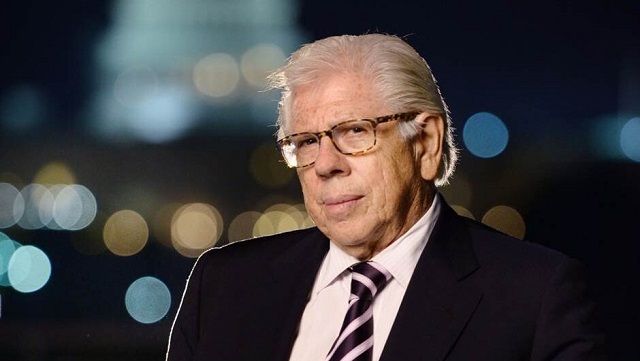 Carl Bernstein is the Pulitzer Prize-winning coauthor of “All the President’s Men.” He and partner Bob Woodward came to fame with their coverage of the Watergate scandal that brought down President Richard Nixon. Now, almost 50 years later, Carl Bernstein has come out with a new memoir titled “Chasing History: A Kid in the Newsroom.”

All the President’s Men was co-written with Woodward. The duo also wrote. The Final Days, about the denouement of the Nixon presidency.

He is also the author of a memoir of his family’s experience in the McCarthy era, entitled Loyalties: A Son’s Memoir; and the co-author of the definitive papal biography, His Holiness: John Paul II and the History of Our Time, which detailed the Pope’s pivotal and often clandestine role in the fall of communism.
–

Chasing History: A Kid In The Newsroom– about my earliest days as a teenage reporter in the nation’s capital– is coming 1/11 from @HenryHolt. Pre-Order: https://t.co/PFsS2oHnXZ

In the new book, Bernstein, who has been called a pioneer of investigative journalism, reminiscences on his beginnings as an audacious teenage newspaper reporter in the nation’s capital—a winning tale of scrapes, gumshoeing, and American bedlam.

Bernstein recalls the origins of his storied journalistic career as he chronicles the Kennedy era, the swelling civil rights movement, and a slew of grisly crimes. He spins a buoyant, frenetic account of educating himself in what Bob Woodward describes as “the genius of perpetual engagement.”

In 1960, Bernstein was just a sixteen-year-old at considerable risk of failing to graduate high school. Inquisitive, self-taught—and, yes, truant—Bernstein landed a job as a copyboy at the Evening Star, the afternoon paper in Washington. By nineteen, he was a reporter there.

The New York Times calls Chasing History, “a fond, earnest, sepia-toned book, the color of old clippings. It’s pretty good. I mean, it’s OK. It’s better than a sharp stick in the eye. It’s just … long and pokey and a bit underthought. I might not have finished it if my paycheck didn’t depend on leaving a clean plate.”