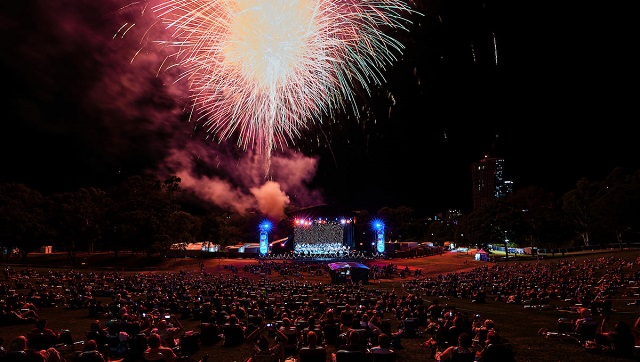 The Sydney Festival of 2022 will open on Thursday 6 January. It marks the commencement of a Festival comprised of over 118 events, 30 world premieres and 48 new commissions spanning 25 exciting days. Unfortunately, as of now, about 30 acts have dropped out just because they don’t like the fact that Israel is involved with it.

What did Israel do? Well, it provided all of $20,000 for just one of the many acts. The Israeli Embassy in Australia gave the financial support for a performance by the Sydney Dance Company of a work, Decadance, by world renowned Israeli choreographer Ohad Naharin.

Ohad Naharin is the House Choreographer of Batsheva Dance Company and creator of the Gaga movement language. Naharin’s work has been featured in several films. In his 2007 documentary, Out of Focus, Director Tomer Heymann filmed the process of restaging Decadance with Cedar Lake Contemporary Ballet. And in 2015, the Heymann Brothers released their comprehensive documentary about Naharin, Mr. Gaga, to critical and audience acclaim.

Embracing the art of summer since 1977, the Festival has a stellar legacy of drawing the finest artists in the world to Sydney, and introducing the country’s finest to the world. Sydney Festival was conceived by the Sydney Committee, the NSW State Government and the City of Sydney to attract Sydneysiders into the city center during the holiday month of January.

The first Festival took place in 1977 and it has since grown to become one of Australia’s largest annual cultural celebrations with an international reputation for modern, popular and intelligent programming. Sydney Festival celebrates our city, and the Festival’s style and energy reflect the confidence, diversity and vigor of one of the world’s most beautiful cities.

Chair of the festival’s board, David Kirk issued a statement on the matter saying, “All funding agreements for the current Festival – including for Decadance [the Israeli-sponsored performance] will be honored, and the performances will proceed.”
–

As 2021 draws to a close, we have our sights set on getting back on stage for our final shows together in 2022. @sydney_festival Jan 21, @womadelaide Mar 13. We will finally cross the border into WA for April 1 & 2 at @redhillauditorium. And, to wrap at @bluesfestbyronbay. pic.twitter.com/3X2kOpuXjZ

Unfortunately, Kirk did cave to the pressure and said that in the future the Festival might not take money from Israel. “At the same time,” he said, “the Board has also determined it will review its practices in relation to funding from foreign governments or related parties.”

For Arab haters of Israel, this did not go far enough. The boycott leader who tweeted, “The absolute audacity of the Sydney Festival from a statement it released today. This is not about some dance, we couldn’t care less, it’s about the money. Get the money elsewhere.”

Wow! Yes, the world’s worst problem today is Israel and not anything else, not even climate change, or the continued Covid pandemic, or even continued threats of a nuclear Iran. And Israel is so obviously worse than Iran or the current Syrian regime which bombs its own people during a continuing civil war.

Two more artists dropped out of the festival after the statement was released, comedian Tom Ballard and the Belvoir St Theatre. Does anyone know who these people are anyway.