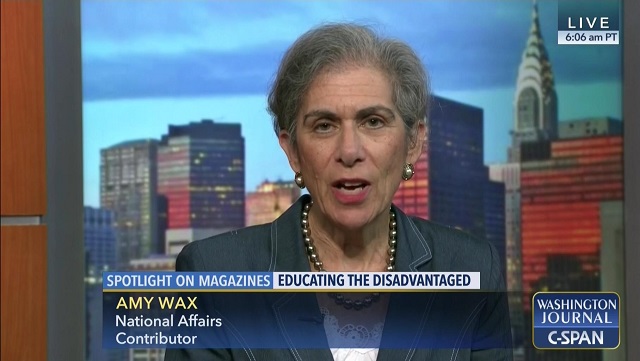 Jewish law professor Amy Wax is at the center of a controversy over remarks that she has made which were considered to be racist against Asians. Wax said “the United States is better off with fewer Asians and less Asian immigration.”

Amy Wax, 68, is the Robert Mundheim Professor of Law at the University of Pennsylvania Law School. Her work addresses issues in social welfare law and policy as well as the relationship of the family, the workplace, and labor markets.

According to Wax’s official bio, by bringing to bear her training in biomedical sciences and appellate practice as well as her interest in economic analysis, Wax has developed a uniquely insightful approach to problems in her areas of expertise. She has also won a number of awards. But is Wax really a racist.

The latest comment came as Wax was attempting to explain previous statements that she made in an interview on the podcast of Glenn Loury, a social sciences professor at Brown University. Her comments were not about East Asians necessarily, but all Asians including Indians, Arabs and Muslims.

So, what did she say the first time? Wax took a classic anti-immigration line and said, “It’s just harder to assimilate those people [Asians] or to have confidence that our way of life will continue if we bring a lot of people in who are not familiar with it. These are not original ideas on the [political] right.”

Wax compounded her mistake by making the political observation that, “as long as most Asians support Democrats and help to advance their positions, I think the United States is better off with fewer Asians and less Asian immigration. There needs to be more focus on people who are already here, and especially the core (and neglected) “legacy” population, and a push to return to traditional concepts and institutions and Charles Murray’s “American Creed.”
–

So, she is only opposed to Asian immigrants because they disagree with her politics.

Penn Law School Dean Theodore Ruger released a statement on the controversy. “Once again, Amy Wax has, through her thoroughly anti-intellectual and racist comments denigrating Asian immigrants, underscored a fundamental tension around harmful speech at American universities,” he wrote. “Like all racist generalizations, Wax’s recent comments inflict harm by perpetuating stereotypes and placing differential burdens on Asian students, faculty, and staff to carry the weight of this vitriol and bias. Yet Wax makes these statements as a faculty member with tenure, a status that has done, and continues to do, important work in protecting the voices of scholars on a range of controversial topics including those who are actively challenging racism, sexism, and other inequities in society.”

Ruger went on to say that there is a limit to freedom of speech and that the school will “continue to work to advance equity and inclusion.”
–

It helps explain the situation this country finds itself in that an Ivy League university allows the morally and intellectually bankrupt racist #AmyWax teach the next generation of American lawyers. There should be consequences for this kind of hateful rhetoric @pennlaw.

Even Mary Trump gas weighed in on the controversy. Donald Trump’s niece tweeted her own two cents about it.