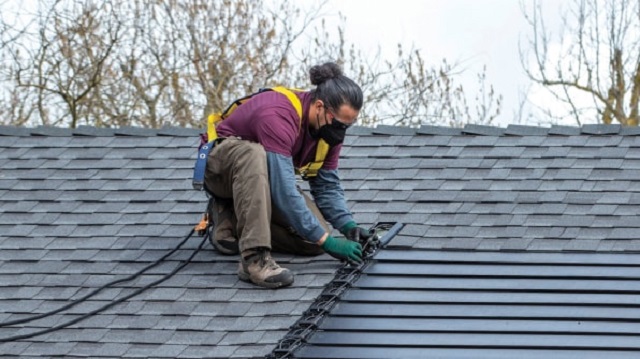 GAF Energy now has roofing that also acts as solar paneling. So there will no longer be a need for those pesky solar panels that stand out and don’t look so nice and people will get 2 for the price of 1. So, Israel is not alone in the development of new green tech and alternative energy.

Soon no one will have an excuse not to use alternative sources of energy like solar and wind power. All roofing will come with solar paneling included and small windmills will be seen on homes everywhere.

And this comes at a time when the UN is holding conferences of world leaders to find ways to combat climate change and to reduce the damage that has already been done. Last summer the UN released a report that proved that climate change is not only real, but that it has come as a result of what people have done.
–

The new product is called the Timberline Solar Energy Shingle and GAF boasts that it has the potential to radically speed up the adoption of home solar – with an affordable, aesthetic solar roofing solution. It is a solar shingle that generates energy and meets the demands of a standard roofing shingle.

Timberline Solar is made up of shingles, not panels or heavy tiles. These shingles are water-shedding, strong and warranted to withstand winds up to 130 mph. Rack-mounted solar installations—where the solar is separate from the roof–require the drilling of dozens of holes into the roof membrane. Any resulting damage related to those holes is not typically covered by roof warranties. Timberline Solar roof has the same wind and water-shedding warranty coverage as Timberline HD. 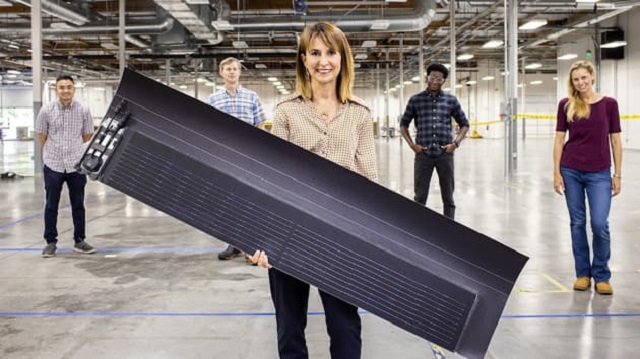 GAF was founded in 2019 when Standard Industries, the world’s largest roofing and waterproofing company, launched GAF Energy to build on its 130+ year-old heritage in the roofing industry to drive scalable adoption of rooftop solar. The company has GAF-certified roofers across the United States who install integrated rooftop solar solutions whenever they replace or construct a new roof.

So a homeowner will save a bundle on electricity costs since the tiles will generate energy for the home. But what is more, it will also reduce the amount of heat absorbed in summer so that a home will remain cooler and less energy will be needed for air conditioning.
–

New year, new roof! Bernie Manning from Blue Nail Roofing & Siding topped this home with #TimberlineHDZ in the color Weathered Wood. Tag us in your photos and videos and use #MyGAFRoof for a chance to be featured. pic.twitter.com/piFyOhXsNH

“The potential for solar is enormous, but we haven’t come close to meeting it,” says Martin DeBono, president of GAF Energy. “When you have a heritage in roofing, and you see solar panels going up the same way in 2020 as they were put up in 1990, yeah, you realize there’s an opportunity for innovation.”

“All you need to install the solar shingle is a nail gun,” he said. “It goes up just like a regular shingle that can be nailed on the roof like any other shingle. No one has ever specifically tried to make a solar product that a roofer can install. And we’ve done it, and our product goes on with just a nail gun. It goes on twice as fast as typical solar.”