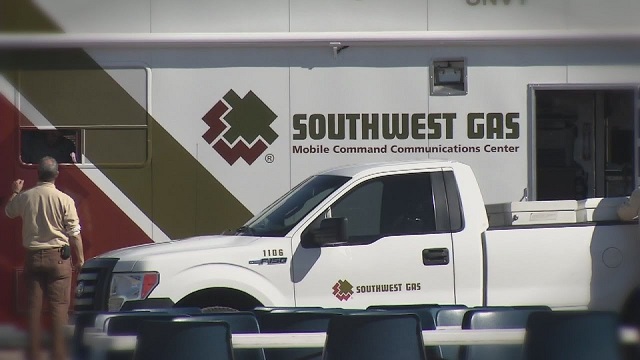 Carl Icahn has been rebuffed in his effort to acquire Southwest Gas. An affiliate of Carl Icahn’s extended its tender offer to acquire any and all outstanding common shares of the Company for $75.00 per share in cash. But, Southwest Gas’ Board of Directors rejected Icahn’s unsolicited, inadequate, structurally coercive, highly conditional and illusory tender offer. Accordingly, the Board continues to recommend that stockholders not tender any of their shares into the Offer.

Billionaire activist investor Carl Icahn is not used to rejection. He made his fortune by taking over companies, helping them increase in value, and then selling his interest in them for a prophet. But as of now, that will not happen with Southwest Gas.
–

A week ago, a federal judge in Delaware ruled that Carl Icahn’s investment firm cannot stop Southwest Gas Holdings Inc.’s board from potentially selling $1 billion worth of shares at a discounted price to fund an acquisition.

The saga began back in in October when Carl Icahn relesed an open letter that he had sent to Southwest Gas in which Icahn revealed that he was a “large shareholder” in the company, saying that he owns a 4.9 percent stake in it. The investor also criticized Southwest Gas for its pending efforts to buy Dominion Energy Questar Pipeline, LLC for more than $1.5 billion.

In a statement, the Southwest Gas Board and management team explained its decision saying that they are executing a clear and detailed strategy to create value and are committed to taking actions consistent with the focus of long-term stockholder value creation. The Board said that it had “thoroughly reviewed” Mr. Icahn’s Offer, in consultation with their external financial and legal advisors, and “unanimously determined that the Offer is inadequate and undervalues the Company, has no certainty of completion, and is not in the best interests of Southwest Gas stockholders.”
–

An reminder to customers in higher elevations that snow and ice can damage gas meters. Carefully remove icicles from above natural gas infrastructure and use a broom instead of a shovel to clear off natural gas meters. Visit https://t.co/b1Uxn7ZdVa for more tips. pic.twitter.com/rPpfeyZc41

The board further stated that tendering into Mr. Icahn’s Offer would, in their words, only encourage an “opportunistic attempt to acquire Southwest Gas at an inadequate price and contingent upon a long list of ambiguous conditions, some of which Mr. Icahn has made no move to fulfill. Accordingly, the Board continues to recommend that stockholders not tender their shares into Mr. Icahn’s unsolicited, inadequate, structurally coercive, highly conditional and illusory tender offer.”