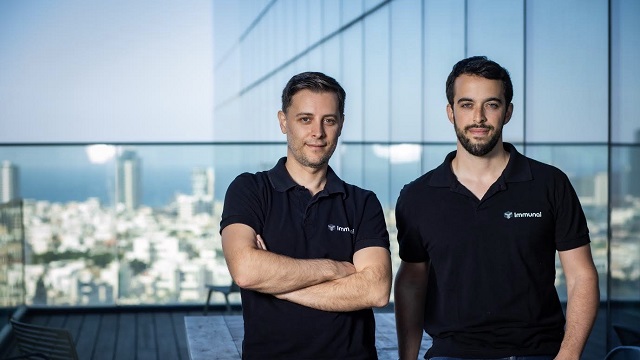 So many startups, so much money, so much success! Israel Startup Nation has so much of it that JBN needed to make two separate stories just to list all of the top ones.

Yotpo
In February, Israeli ecommerce firm Yotpo raised another $200 million. This gave the company a valuation of $1.3 billion.

Founded in 2011 by Omri Cohen and Tomer Tagrin, Yotpo provides a platform with authentic rather than fake reviews of products by consumers. It also helps retail brands accelerate online revenue growth.

Yotpo has seen 300% increase in customers in 2019 and a 250% increase in annual recurring revenue (ARR) since its $51 million raise in November 2017. The company expects to double its revenue within the next two years.

Biotech Startup Immunai Earns $215 Million
In October, Immunai, an Israeli biotech startup, has just hit the coveted unicorn status with a billion dollar plus valuation. Immunai hit that mark when it brought in $215M in a Series B round of funding led by Koch Disruptive Technologies. The company’s total funding to date has now reached $295 million.

Founded in December 2018 by CEO Noam Solomon, and CTO Luis Voloch, Immunai uses single-cell genomics and machine learning to discover and develop novel therapeutics that reprogram the immune system. Its 120 employees, 70 of whom are PhDs or MDs, is composed of experts in genomics, machine learning, bioinformatics, immunology, and software engineering. The company has more than 30 partnerships with Fortune 100 pharmaceutical companies and leading academic institutions, including Harvard, Stanford, Memorial Sloan Kettering, and Baylor College of Medicine.
–

Celsius Networks Is a Cryptocurrency Firm
Celsius Networks is an Israeli startup – and a unicorn — that deals with cryptocurrencies like Bitcoin. In October, Celsius Network completed a $400 million investment led by WestCap, a growth equity firm, and Caisse de dépôt et placement du Québec (CDPQ), a global investment group. The raise gave Clesius a valuation of more than $3 billion.

Celsius Networks boasts over 1 million users that the company says earn up to 17% yield on their crypto investments. Celsius says that users get paid new coins every week and borrow cash at 1%, while allowing people to borrow, and transfer with no fees.
–

Fabric Raised $200 Million to Become A Unicorn
In October, Fabric, an Israeli retail logistics platform, has raised a $200 million Series C fundraising round, valuing the company at more than $1 billion. The round, which was led by Temasek. This round brought the total amount raised by the company to $336 million.

Founded in 2015 by Elram and Eyal Goren, Ori Avraham, and Shay Cohen, Fabric has risen to the top of the on-demand fulfillment market. The company has used its own robotic micro-fulfillment technology stack, which was built from the ground up to make on-demand fulfillment lucrative and scalable for all merchants while also allowing them to deliver online orders.

Founded in 2015 Cato Networks SASE platform converges SD-WAN and network security into a global, cloud-native service. Cato optimizes and secures applications access for all users and locations. Cato Networks boasts that its Cato SASE Cloud is distributed across more than 65 PoPs worldwide. Cato says that today many enterprises spend more than $250,000 in annual recurring revenue (ARR) with Cato, an increase of 163% year-over-year, and several global enterprises spend over $1 million in ARR.