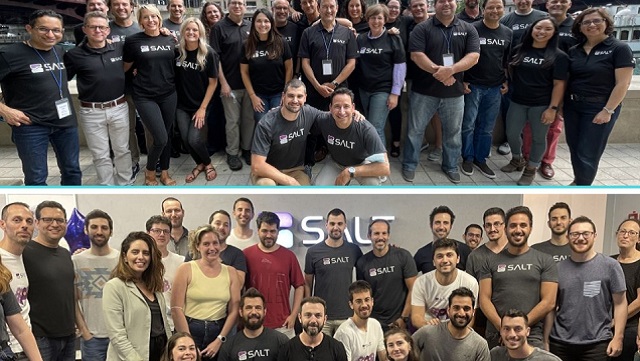 Israeli cybersecurity startup Salt Security is raising $120-150 million. According to a report in Calcalist, the fund raise is being led by Google parent company Alphabet and will leave Salt Security with a $1.5 billion valuation, making it Israel’s latest unicorn.

Just this past May, Salt raised $70 million in a Series C round of funding. That raise gave the company a $500 million valuation. So if the new report proves true it means that Salt Security has tripled in value in just the last seven months.
–

Startup Nation is known for its security companies. The Israel Defense Forces’ vaunted 8200 cyber security unit produces many new high tech security experts. With the Corona Virus forcing everyone to work from home, communicate through applications like Zoom and use all manner of software as a service programs on line security is more important than ever.

Founded in 2016, Salt Security delivers an API Threat Protection solution focused on securing the ubiquitous APIs connecting everything from web and mobile applications to microservices and IoT devices. These are the APIs that you develop and own and are at the core of connecting your applications and data.

The company specializes in security for application programming interfaces (API). API has to do with the way businesses communicate with one another between multiple software intermediaries. Salt Security boasts that its API Protection Platform secures the universal APIs that connect Saas, web, mobile, microservices and IoT applications using big data and Artificial Intelligence (AI) to improve visibility, stop attacks and eliminate vulnerabilities at their source.

“Several recent high-profile API security incidents have forced organizations to recognize that their existing protections cannot prevent API attacks or handle the scale and complexity of today’s API-driven applications,” said Roey Eliyahu, CEO and co-founder of Salt Security at the time of its May fundraise. “This new round of funding will help us increase our rate of innovation and businesses in more regions securely adopt APIs to foster their own innovation.”