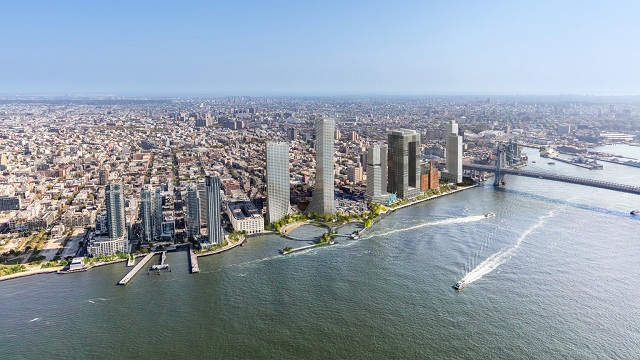 Two Trees boasts that the firm is known for its role in transforming the Brooklyn neighborhood of DUMBO where the company’s holdings include 12 buildings comprising more than 3 million square feet of commercial and residential space. Starting in 1974 with a 13-building purchase in DUMBO, Two Trees has built, rented or sold more than 800 apartments, and invested over $200 million into the neighborhood, including the development of Brooklyn Bridge Park and a donation of a public pavilion and restored carousel, contributing to the overall transformation of the area.

The River Ring Waterfront Master Plan is described as a groundbreaking development on the Williamsburg waterfront that will create a new model for urban waterfront resiliency and transform the way New Yorkers interact with the water. River Ring responds to long-standing community plans and real-time community feedback by repurposing a former industrial site for much-needed housing and completing a continuous public waterfront in North Brooklyn.

The plan is anchored by a first-of-its-kind protected public beach and in-water park that will also insulate the inland community from flooding. And at a time when New York needs private investment, River Ring will deliver massive public infrastructure and economic benefits without public tax dollars. 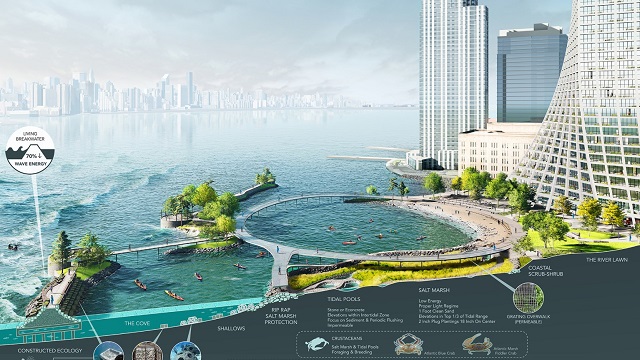 The River Ring site will have a new pair of sloping apartment towers, one 710 feet high and the other reaching 560 feet in height.

Two Trees has agreed to pay for and operate water-based recreation and programs on three acres next to the new buildings. The rec site will offer kayaking, marine ecology studies and an accessible beach on the East River – not things that people think about when they think about Brooklyn. There will also be a new, 50,000 square foot YMCA facility.