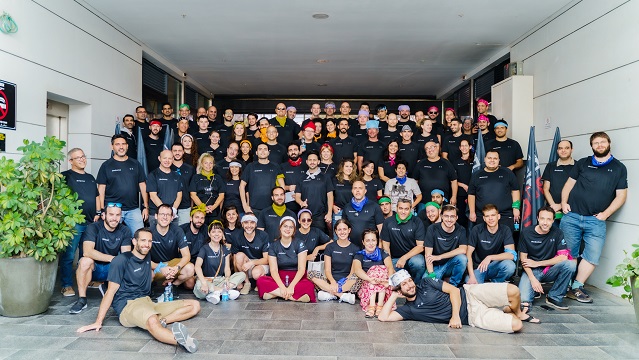 Here is the second part of JBN’s list of top unicorns for 2021. Some may have already been unicorns before, but with more funding became even bigger unicorns.

TripActions
TripActions, an Israeli travel tech startup, brought in $275 million in a Series F growth funding round in October led by Greenoaks with strong participation from investor Elad Gil, Base Partners, and all key existing financial investors. The round has turned TripActions into a super unicorn, with a whopping $7.25 billion valuation.

So, what is travel tech? Well fintech is anything related to financial technologies, so travel tech is any new tech developed to make traveling easier on the consumer. The Travel Tech Association says that Travel Tech is the voice of the travel technology industry, advocating for public policy that promotes transparency and competition in the marketplace to encourage innovation and preserve consumer choice.
–

TripActions helps businesses get the best out of their employees travel expenses and services. The company says that it allows users to build, manage and scale a corporate travel and expense T&E management programs with ease. It promises to let firms get their employees the “best booking experience with unrivaled inventory, powerful personalization and 24/7 global travel agents paired with frictionless expense management so they can focus on being there, not getting there.”

Moon Active
Moon Active, a gaming startup, became a top Israeli unicorn in November. The company hit that mark with a $300 million raise that left Moon Active with a $5 billion valuation. While that is a huge valuation for a startup, it does not even place Moon Active among the top five unicorns in Israel.

Armis
Armis, an Israeli internet of things IoT company, is now a super unicorn with a $3.5 billion valuation. Armis hit this milestone after bringing in $300 million in new funding led by One Equity Partners. The news comes as Armis looks forward to holding its initial public offering IPO.

The new funding came just nine months after Armis first hit unicorn status with a $2 billion valuation. Part of the reason for its jump in valuation in so short of a period of time has to do with what is described as a massive increase in the company’s sales.
–

OwnBackup
Israel’s OwnBackup, a cloud data backup and recovery platform, became a unicorn in August. The company is now worth almost $3.35 billion. OwnBackup hit this mark after completing a $240 million Series E round of investment co-led by Alkeon Capital and B Capital Group, including a secondary investment in the company by BlackRock Private Equity Partners and Tiger Global.
–

Founded in 2015 by technology veterans with deep experience in data recovery, data protection and information security, OwnBackup offers comprehensive backup, visual compare, and fast recovery capabilities. The company states that it has helped hundreds of organizations through data loss and corruption crises.

And everything is going into the cloud these days. Microsoft, for example, now offers its Office suite of programs as a software as a solution (SaaS) service. Users can now access the programs on line, without needing to install them on their computers, as well as store their documents in the cloud.

Verbit
Verbit, an Israeli startup that has built an AI-powered real-time transcription and captioning service, has secured a $250 million Series E funding round, which included a $150 million original investment and a $100 million secondary transaction.

Founded in 2017 by Kobi Ben Tzvi, Sivan Cohen Pur, and Tom Livne, Verbit’s total investment to date exceeds $550 million (including secondary deals). Its valuation has more than doubled to $2 billion since the company raised $157 million in a Series D round in May.

Verbit now employs 470 people, 200 of whom are in Israel and the remainder in the United States, specifically in Denver and New York.