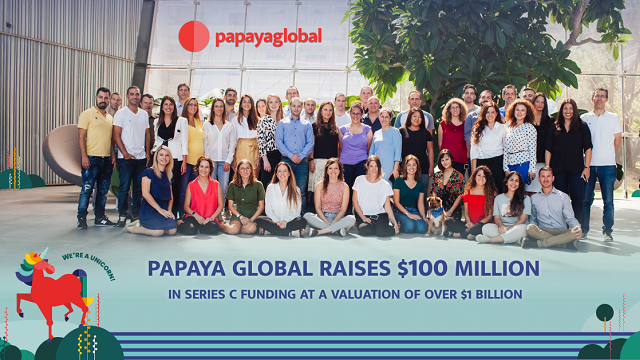 Tipalti
Tipalti, an Israeli fintech unicorn has raised $270 million in Series F fundraising at a $8.3 billion valuation, increasing its total capital to a little over $550 million.

Tipalti’s valuation has quadrupled since its $150 million Series E last year. Tipalti is now the second most valued fintech company in Israel, after Rapyd, and one of the world’s top 15 most valuable fintech companies.

Tipalti customers include Amazon Twitch, GoDaddy, Roku, WordPress.com, and ZipRecruiter, which have reduced their operational effort by 80% and accelerated the financial close by 25%, according to the company.

Fireblocks
Fireblocks, an Israeli fintech startup that specializes in cybersecurity, hit an $8 billion valuation just a few weeks ago. Talk about a unicorn! The valuation came after Fireblocks brought in $400 million in a Series E round of funding.

The news came after Fireblocks raised $133 million in Series C funding this past March. In July the company raised $310 million in Series D funding. So, the total comes to $843 million in new funding brought in so far in 2021. And in July its worth was set at $2.2 billion, so that was an almost four hundred percent growth in value in just five months.

Deel
In October, Deel, an Israeli startup which deals with payroll solutions for firms with international staffs, hit a valuation of $5.5 billion. Deel hit this valuation after raising $425 million in a Series D round of funding.
Deel multiplied its value by 400% since it first hit unicorn status with a $1.25 billion valuation when it brought in $156 million in a Series C round of financing in April.
–

Melio
In August, The Israeli fintech company Melio tripled its valuation and is now worth $4 billion. Joshua Kushner’s Thrive Capital made a new investment in Melio that gave the company its new valuation.

Melio had only just hit the coveted unicorn valuation of $1 billion or more this year. It do so when the company raised $110 million in a Round B rocketing to a $1.3 billion valuation within a year and a half.

Papaya Global
In September, Israeli startup Papaya Global which offers a cloud based platform for companies to handle their payrolls raised $250 million, giving it a valuation of $3.7 billion. The fintech firm Papaya Global has raised a total of $440 million in financing to date.

Founded in 2016, Papaya Global says that it is reinventing global payroll, payments, and workforce management. The company declares that its automated platform helps companies hire, onboard, manage, and pay people in more than 140 countries. The cloud-based solution is “easy to use and scale, ensures full compliance and provides industry-leading BI and analytics.”
–

Papaya Global boasts a 300% revenue growth year-over-year for each of the last 3 years. The company says that its reaching unicorn level reflects strong demand for Papaya’s offering in global workforce management. Papaya provides what it calls a radically simple solution for managing and paying all types of global workers in full compliance.