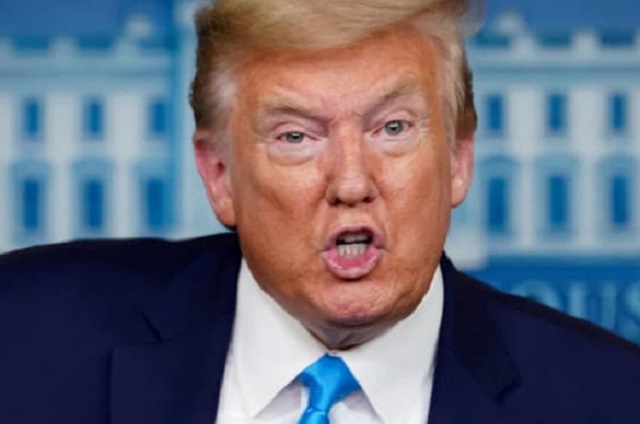 Donald Trump is being criticized by many this weekend over what are perceived to be anti-Semitic comments that he made about the American Jewish community and its relationship to Israel. This comes just days after the former president angered American Christian evangelicals for his hostile comments about former Israel Prime Minister Benjamin Netanyahu.

Israeli journalist Barak Ravid has been releasing, piecemeal, recordings of his interviews with the former President. In the latest, which were played on an episode of the “Unholy: Two Jews on the news” podcast released on Friday, Donald Trump was heard criticizing American Jews. “There’s people in this country that are Jewish — no longer love Israel,” he said. “I’ll tell you, the evangelical Christians love Israel more than the Jews in this country.”
–

Why is Mr. Trump once again fueling dangerous stereotypes about Jews?

His past support for Israel doesn’t give him license to traffic in radioactive antisemitic tropes — or peddle unfounded conclusions about the unbreakable ties that bind American Jews to Israel.

Well, many Israelis and American Jews who are big supporters of Israel would probably not take issue with that statement. They would acknowledge that many, if not most, American Jews today have lost their connection to the Jewish State and that as a community American Jews no longer stand with Israel in unison as they once did.

But that was not all that Trump said.

These were the comments that got him in trouble with the Anti-Defamation League. The organization’s director Jonathan Greenblatt condemned Trump for the statements saying, “Insinuating that Israel or the Jews control Congress or the media is antisemitic, plain and simple. Unfortunately, this is not the first time he has made these offensive remarks.”
–

Once again, former President Trump has linked his lack of strong support among most US Jews to their feelings about Israel and used classic #antisemitic stereotypes about Israeli and Jewish control of Congress and the press to bolster his argument.https://t.co/5hVfvvn6rm

The American Jewish Committee also condemned Trump in a Tweet saying, “Why is Mr. Trump once again fueling dangerous stereotypes about Jews? His past support for Israel doesn’t give him license to traffic in radioactive antisemitic tropes — or peddle unfounded conclusions about the unbreakable ties that bind American Jews to Israel. Enough!”