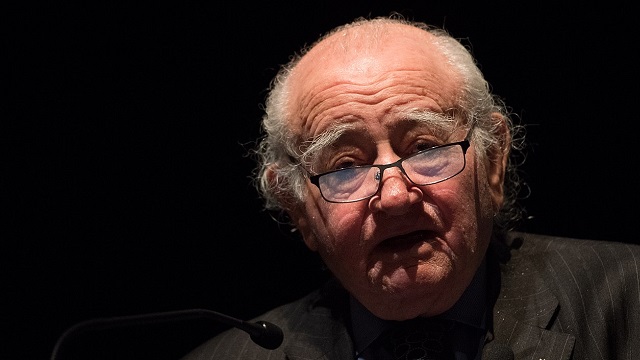 The son of the late Roman Kent, a famed Polish holocaust survivor, is suing his sister over their father’s inheritance. Jeffrey Kent alleges that his sister, Susan Avjian, took advantage of their father’s weakened condition in the last years of Roman’s life to get him to change his will and “defraud” Jeffrey out of as much as $650,000.

Roman R. Kent died this past May at the age of 92. He survived both the Łódź Ghetto in Poland and the Auschwitz concentration camp inmate. Kent served as president of the International Auschwitz committee.

Roman Kent immigrated to the United States after World War II and served for years as a board member of the Conference on Jewish Material Claims Against Germany, or Claims Conference. He was at one time or another the organization’s treasurer, co-chair of its negotiating committee and special adviser to its president. Kent was central in the negation of reparations for Holocaust survivors, acquiring billions of dollars in pensions and compensation for Jewish survivors from the German government after the war.

The New York Post has reported that the children Kent left behind are feuding over his estate. Jeffrey Kent filed a new lawsuit in a Manhattan court over the inheritance left by his father. The son claims that he was cheated of a 50 percent share of the $1.3 million left behind by their father.

According to the suit, the inheritance change “was purportedly executed when [Roman] was in his 90s, was severely impaired (both physically and mentally), strongly medicated, and was being misled, misinformed, and manipulated by Susan and/or others upon whom he relied.”

The Post reported that Roman Kent “left significant assets” to of his children, including an IRA, an annuity and other bank accounts. The suit claims that these assets were “all split equally” between the siblings, but that Jeffrey was cut out of the investment account. Jeffrey asserts that about two years before their father died his siter Susan “began to take increasing control over [Roman] and his affairs.”