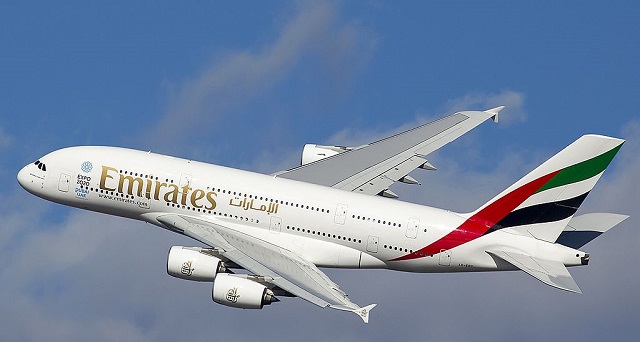 The last ever Airbus A380 to be manufactured made its last pre-delivery flight the other day. This is the end of the superjet era. Boeing will soon also terminate its legendary 747, which was the first jet of its kind.

Airbus says that the A380 has flown over 800,000 flights carrying more than 300 million passengers since its entry into service. It adds that as production comes to a close, the A380 will keep flying for decades to come, and that Airbus is continuing to fully support A380 operators and their fleets.

So, what happened to the Airbus A380? Unlike the 747 which has been around for more than 50 years, the A380 did not go into production until 2003 and the first was not delivered to an airline until 2007. And when it was developed the company gloated to the world about all of the possibilities that the plane brought with it, having many different configurations.

For example, some have redone their first class sections into super luxurious areas with onboard shows and other facilities that cater to the wealthy. One airline actually charges as much as $20,000 per ticket for such flights.

The plane cost $25 billion to develop and can hold as many as 853 passengers. But that would be if there were no first class section and its standard configuration is for just 545 passengers. The A380 is the largest commercial plane in the world. It has two full-length decks with wide body dimensions.
–

But it was produced too late. The entire industry of air travel has changed a great deal in the last 15 years and so have environmental concerns over the carbon emissions from jet fuel. Most airlines have dumped their 747 planes and switched over to smaller ones that hold fewer people. This is because they found that it was more economical to have more flights of smaller planes. The jumbo jets also cost a lot to maintain and waste a tremendous amount of fuel. And passengers just did not like being crammed into a plane with so many people on board.

There was also a problem of where to land the A380. Not very many airports around the world are big enough for such a mammoth sized plane. The size means that it also needs a really long runway for takeoff and landings.

So airlines have moved on to smaller two engine more fuel-efficient and economical planes. Boeing saw the light early on, which is why it decided to develop its Dreamliner series, rather than make a new jumbo jet or redo the 747.

As we get ready to hand over MSN272 to @emirates, here’s our Flight Test team sending some ❤️ to all #A380 fans out there. #MondayMotivation pic.twitter.com/2YXkEILdLZ

Qatar Airways CEO Akbar Al Baker publicly declared: “Looking back, it was the biggest mistake we did, to purchase A380s.”

“We grounded the A380 and never wanted to fly it again, because it is a very inefficient aircraft in fuel burn and emissions, and I don’t think there will be a market for it in the foreseeable future,” he continued.

“I know the passengers love it, it’s a very quiet and smart airplane, but the damage it does to the environment should be a priority and not the comfort,” he said.
The A380 has few clients, mostly luxury airlines for obvious reasons. And they use them for really long flights of 12 hours or more. The UAE’s state owned airline Emirates owns about half of the ones out there.

Another luxury airliner that ordered many A380s is Qatar Airways. Qatar Airways CEO Akbar Al Baker said about the plane when his company grounded them, “Looking back, it was the biggest mistake we did, to purchase A380s.”

“We grounded the A380 and never wanted to fly it again, because it is a very inefficient aircraft in fuel burn and emissions, and I don’t think there will be a market for it in the foreseeable future,” he added. “I know the passengers love it, it’s a very quiet and smart airplane, but the damage it does to the environment should be a priority and not the comfort.”

And let’s face it. Today people just want the cheapest and fastest way of getting to their destination. Travelers are willing to suffer all of the drawbacks of cheap discount airlines if it leaves them with more money to spend once they get to where they are going.

As for the wealthy traveler, one can rent a private plane for the kinds of money charged for these flights and even if that is too much, why spend so much just for an inflight shower?