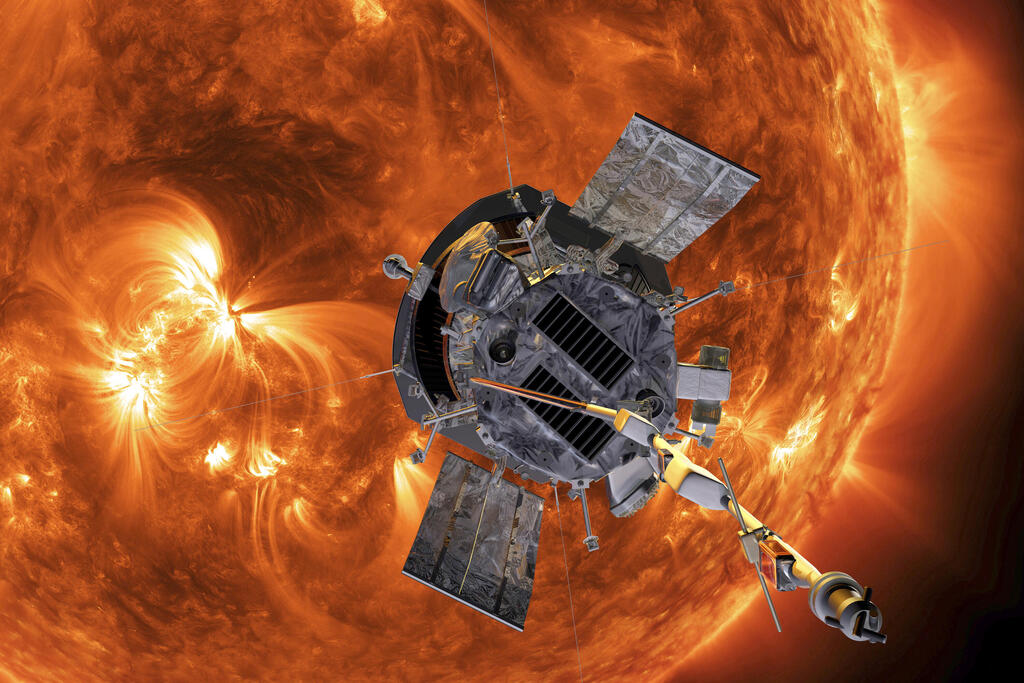 For the first time in history, a spacecraft has touched the Sun. NASA’s Parker Solar Probe has now flown through the Sun’s upper atmosphere – the corona – and sampled particles and magnetic fields there.

What! How can something possibly touch the sun? Anything that gets anywhere near it would melt from the heat millions of miles away from its surface, right? So, what are we really talking about here?
–

The Parker Solar Probe is a NASA space probe launched in 2018 with the mission of making observations of the outer corona of the Sun. It will make its closest approach to the sun in 2025.

Well, the probe technically entered the sun’s outermost atmosphere. The Parker was able to stay there for 5 hours before it needed to move farther away to avoid getting scorched. But 5 hours was enough time for it to get the job done and take pictures. NASA says that the first passage through the corona – and the promise of more flybys to come – will continue to provide data on phenomena that are impossible to study from afar.

NASA explains that touching the very stuff the Sun is made of will help scientists uncover critical information about our closest star and its influence on the solar system.

“Parker Solar Probe “touching the Sun” is a monumental moment for solar science and a truly remarkable feat,” said Thomas Zurbuchen, the associate administrator for the Science Mission Directorate at NASA Headquarters in Washington. “Not only does this milestone provide us with deeper insights into our Sun’s evolution and it’s impacts on our solar system, but everything we learn about our own star also teaches us more about stars in the rest of the universe.”

Unlike Earth, the Sun doesn’t have a solid surface. But it does have a superheated atmosphere, made of solar material bound to the Sun by gravity and magnetic forces. As rising heat and pressure push that material away from the Sun, it reaches a point where gravity and magnetic fields are too weak to contain it. 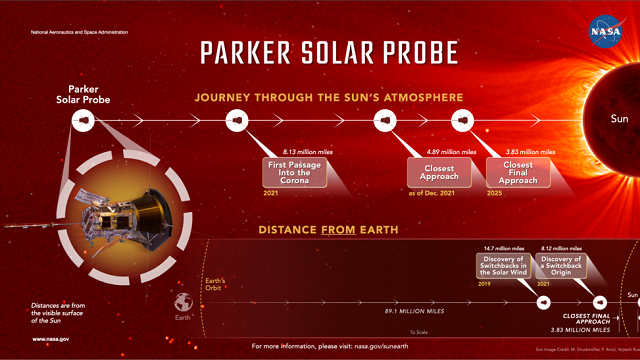 Until now, researchers were unsure exactly where the Alfvén critical surface lay. Based on remote images of the corona, estimates had put it somewhere between 10 to 20 solar radii from the surface of the Sun – 4.3 to 8.6 million miles. Parker’s spiral trajectory brings it slowly closer to the Sun and during the last few passes, the spacecraft was consistently below 20 solar radii (91 percent of Earth’s distance from the Sun), putting it in the position to cross the boundary – if the estimates were correct.

On April 28, 2021, during its eighth flyby of the Sun, Parker Solar Probe encountered the specific magnetic and particle conditions at 18.8 solar radii (around 8.1 million miles) above the solar surface that told scientists it had crossed the Alfvén critical surface for the first time and finally entered the solar atmosphere.

“We were fully expecting that, sooner or later, we would encounter the corona for at least a short duration of time,” said Justin Kasper, lead author on a new paper about the milestone published in Physical Review Letters, and deputy chief technology officer at BWX Technologies, Inc. and University of Michigan professor. “But it is very exciting that we’ve already reached it.”