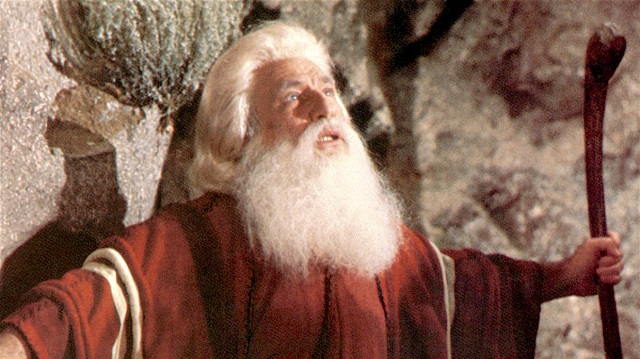 HISTORY OF THE WORLD PART I, Mel Brooks as Moses

Mel Brooks has a new memoir out aptly titled “All About Me!” If you have followed comedy at all over the past six decades then you know that it really is all about Mel Brooks.

First there were the Sid Caesar comedy variety programs of the 1950s like “Your Show of Shows.” That was where the world first got its glimpse of Mel Brooks, and his then sometimes comedy partner Carl Reiner. Brooks, unlike Reiner, worked more off camera as a writer. But the world got to see brooks from time to time as characters like the 2,000 year Old Man.

Then came the 1960s. Mel Brooks was one of a number of Sid Caesar show alumni – Neil Simon, Buck Henry, Car Reiner, Norman Lear, and many more – who transformed television and movies for the better. First, Brooks made the show “Get Smart.” Then, he moved into film with his break out “The Producers in 1967. The movie would, four decades later, become a hit Broadway musical and then be made again into a movie based on that musical.

The Producers also started Mel Brooks on his way to becoming one of only 16 people to hold an EGOT, alongside legends like Rita Moreno, Marvin Hamlisch and Mike Nichols. An EGOT stands for someone who has won an Emmy, A Grammy, an Oscar and a Tony. Brooks won the Oscar for writing the original screenplay for The Producers and a Tony for the play The Producers. He also won a Grammy for the album of the play as well as previous Grammys for albums like The 2,000 Year Old Man in the year 2000. Brooks also won Emmy’s for his work on Sid Caesar shows back in the 1950s and 60s as well as for Get Smart. Thirty years later he won acting Emmys for his appearances on sitcoms like “Mad About You.”

“My wit is often characterized as being Jewish comedy. Occasionally, that’s true. But for the most part to characterize my humor as being purely Jewish humor is not accurate. It’s really New York humor.” (Mel Brooks in All About Me!”)

Mel Brooks is now 95. He told Vanity Fair that he waited until now to write his autobiography because he needed something to do during the Covid shutdowns.

“It wasn’t so incredibly important to me that people know my story,” explained Brooks as to why he waited at least five decades after the point in life when celebrities tend to publish their memoirs to do so himself. “It all happened when my son Max said, ‘You’re stuck here with the pandemic. Why don’t you write your life story? Just tell the stories in the book that you told me when I was growing up, and you’ll have a big, fat book.’”
–

Today! It’s finally here! I had a great time writing ALL ABOUT ME! and I really hope you all enjoy reading it. pic.twitter.com/MdSKTjWagv

“So I said, ‘O.K., let me think about it,’” added Brooks. “And then it all came flying back, even being a little kid in Williamsburg. Being run over at eight or nine doing an eagle turn on roller skates. I never saw the car. Luckily, it was a tin lizzie that bounced over my belly. I was very lucky. That would have been the end. I think I said, ‘Goodbye, cruel world!”

Mel Brooks lost his friend of 70 years Car Reiner in 2020. On the loss, he told The Guardian, “It’s over for me. All the stuff I used to do with Carl is still around, but I don’t enjoy it if I don’t share it with Carl. It’s as simple as that.”

“I miss him so much,” Brooks said of Reiner. “He would call me in the evenings and say, ‘Come over, come over! I got a big stuffed cabbage for us!’ Even at the end he was always Carl: funny, sweet-natured, warm and just the most wonderful friend a person could ever have.”

From the book listing:

All About Me! charts Mel Brooks’s meteoric rise from a Depression-era kid in Brooklyn to the recipient of the National Medal of Arts. Whether serving in the United States Army in World War II, or during his burgeoning career as a teenage comedian in the Catskills, Mel was always mining his experiences for material, always looking for the perfect joke. His iconic career began with Sid Caesar’s Your Show of Shows, where he was part of the greatest writers’ room in history, which included Carl Reiner, Neil Simon, and Larry Gelbart. After co-creating both the mega-hit 2000 Year Old Man comedy albums and the classic television series Get Smart, Brooks’s stellar film career took off. He would go on to write, direct, and star in The Producers, The Twelve Chairs, Blazing Saddles, Young Frankenstein, Silent Movie, High Anxiety, and Spaceballs, as well as produce groundbreaking and eclectic films, including The Elephant Man, The Fly, and My Favorite Year. Brooks then went on to conquer Broadway with his record-breaking, Tony-winning musical, The Producers.