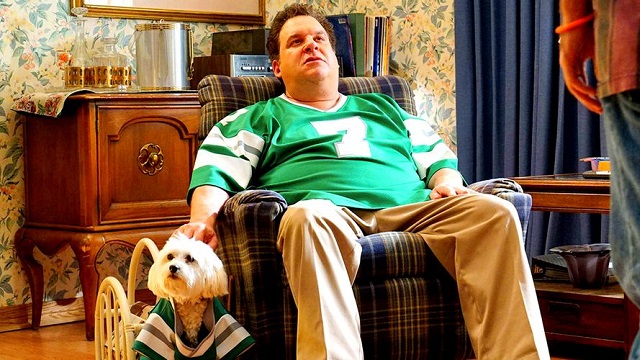 Apparently, Garlin is now the object of people’s ire when it comes to improper conduct in the workplace. But, as always, the question is “what exactly constitutes improper?” If it is illegal or physically harms someone, then we can all agree that it is wrong and that the person should be fired. But hugging?”

Is it that he only hugged women? Or, did he only hug the young girls on set? Or did Jeff Garlin hug everyone the same way regardless of gender, age or anything else? And if so, is he just that way in evey aspect of his life?

And if the hugging was really wrong, then was Garlin warned about it, told to stop doing it, and continued with the behavior anyway?

And, Garlin is also on another TV show too. He also plays Larry David’s best friend and agent Jeff Greene on the hit HBO show Curb Your Enthusiasm which is now airing its eleventh season on the channel. So, has anyone on that show made any complaints against Jeff Garlin and if so what were they?

About the hugging, Garlin set that they were just “quick hugs” and that he, “didn’t realize that anyone was feeling—so if you want to write that story, that’s a true story. It puts the onus on them to say something, and I would gladly respect anyone who said, ‘Please don’t hug me. I don’t feel comfortable.’”

Jeff Garlin has admitted that he was investigated by HR for saying certain things on set that some people complained about for being in some way inappropriate. But there is no word on what exactly he said or why it bothered people. He also said that it is true that he was almost fired in 2019.

“If I said something silly and offensive, and I’m working at an insurance company, I think it’s a different situation. If I, as the star of the show, demanded a gun range and on set, and I was firing guns every day and I was a little bit loose—to me, that’s an unsafe work atmosphere. If I threatened people, that’s an unsafe work atmosphere. None of that goes on ever with me. That’s not who I am. I am sorry to tell you that there really is no big story. Unless you want to do a story about political correctness,” he said.

Sony Pictures TV, which produces The Goldbergs, issued a brief statement saying simply, “The well-being of our cast and crew is of utmost importance to us. This is an employment matter and it is being addressed by HR and production.”