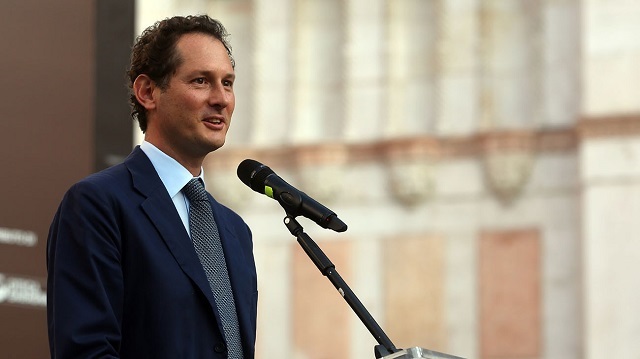 John Elkann is the chairman and CEO of Exor, an investment company controlled by the world renowned Italian Agnelli family, which controls Stellantis, CNH Industrial, Ferrari, Juventus F.C., Cushman & Wakefield and the Economist Group. It also owns the iconic luxury car company Ferrari. Elkann has revealed that Exor now has 9 billion Euros ($10 billion) to spend on expansion and acquisitions.

Elkann is the grandson of Gianni Agnelli and was assigned by his grandfather to be the man to succeed him in running the family business. His father was Jewish.

So where did Exor get all of this cash on hand to spend? Well, in October the company signed a preliminary accord to sell Bermuda-based PartnerRe to French insurance group Covea for $9 billion in cash.

John Elkann recently put to bed rumors that he was looking at acquiring Armani. Elkann told investors, “It is important that the rumors stop, because they represent a lack of respect for a company like Armani, which is simply not for sale.”

“We’ve got an excellent relationship with Giorgio Armani and his group. The company is not for sale, it’s important that rumors on our potential interest for it end.”

“But luxury is definitely an interesting industry for us,” he said, leaving the door open for other fashion investments.

Exor also owns Italy’s Juventus Football Club, one of Europe’s top football franchises. But the team has been under a cloud over an investigation into its accounting practices and into how it traded some payers. The organization is also suspected of making false reports to investors and issuing invoices for non-existent transactions.

Authorities in Turin, where the team plays, have been investigating the conduct of Juventus Chairman Andrea Agnelli, vice-president Pavel Nedved and chief financial officer Stefano Cerrato.
–

Elkann reportedly pledged that Juventus is cooperating with the prosecutors and are confident that the truth will come out.

“As for us at Exor, I have faith in the judiciary,” he was quoted as saying.

“They, together with the chairman (Andrea Agnelli) and vice-chairman (Pavel Nedved), are facing a difficult time as can happen and I’m sure that Juve’s future will be as great as its past.”