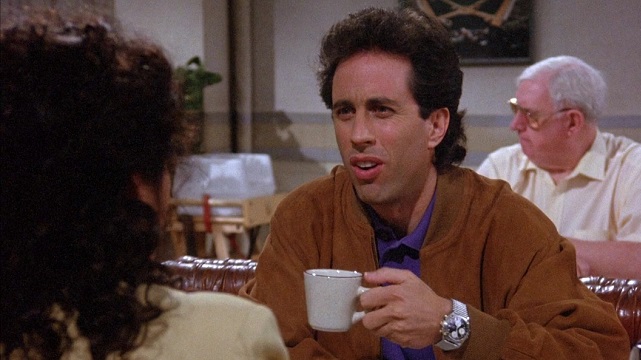 It’s Thanksgiving and everyone in America is celebrating, including Sarah Silverman, Al Franken, Jerry Seinfeld, and just about any Jewish celebrity that you can name. This is because Thanksgiving is the one American holiday that even the Jews can enjoy.

Sure, there is also the 4th of July. But that is a political holiday, independence day. It is a generic holiday celebrated by just about every nation on Earth today to mark whatever day in history it became an actual nation, or had a revolution of some sort freeing it from some sort of tyranny.

Thanksgiving, however, is a purely American holiday and does have religious connotations. Forget any of the myths about the Pilgrims breaking bread with the Indians, the essence of the day is about thanking God for what we have. So, Thanksgiving is, in essence, a religious holiday. But a religious holiday that is open for observance by members of any religion, not just Christianity.

The Christmas Holiday season kicks off officially in America the day after Thanksgiving. The Christmas trees and Santa Clauses go up everywhere and stay until late January. For any Jew who grows up in America, even a secular one, Christmastime is not fun. It is a reminder that they live in a de facto Christian country and no matter how commercialized, or even secularized, the holiday has become, Christmas personifies the very essence of Christianity for what it purports to commemorate.

But not Thanksgiving. And American Jews surely have a lot to be grateful for about their 367 years of settlement in the country. 1654 is the year that the first Jews settled in what was then a Dutch colony, now New York. In spite of centuries of discrimination, with restricted clubs and hotels, de facto segregations, social bigotry and the like, the practice of the Jewish religion has never been limited in America by law, or any other way. And this dates back long before there was even a U.S. Constitution with its First Amendment guaranteeing freedom of religious practice.

So it is fitting that American Jews celebrate Thanksgiving. And who better to express the fun of the holiday than the American Jewish celebrity, more specifically the Jewish comic.

Check out the video below. It’s from a few years ago when Jerry Seinfeld stepped in at the last minute to do the monologue for the Tonight Show on Thanksgiving after host Jimmy Fallon had a little too much turkey.
–


Larry David created and produced Seinfeld together with Jerry Seinfeld. Now he has his own hit show on HBO called Curb Your Enthusiasm. Just watch the video that Larry David Released showing a Curb Thanksgiving and try not to laugh so hard that you hurt your sides and end up unable to eat your turkey meal today.
–

Sarah Silverman did not mention the holiday. But she did give a plug to possibly the greatest Jewish American celebrity of all time who just came out with a new book about his life – Mel Brooks.
–

HE DID IT! It just goes to show, ya can’t spell @MelBrooks without BOOK! This is a must get for film & comedy fans. There’s no one better. NO ONE.@randomhouse pic.twitter.com/qs6TOGSbfd

As for Al Franken, he has been the lone voice protecting America’s Jews from the War on Hanukah.
–

Don’t let TUCKER CARLSON’s ANTI-HANUKKAH screeds go unanswered! Get an END THE WAR ON HANUKKAH ornament & tell Carlson, “Shame on you and your virulent anti-Semitism!”https://t.co/VmkaWb8Ew7