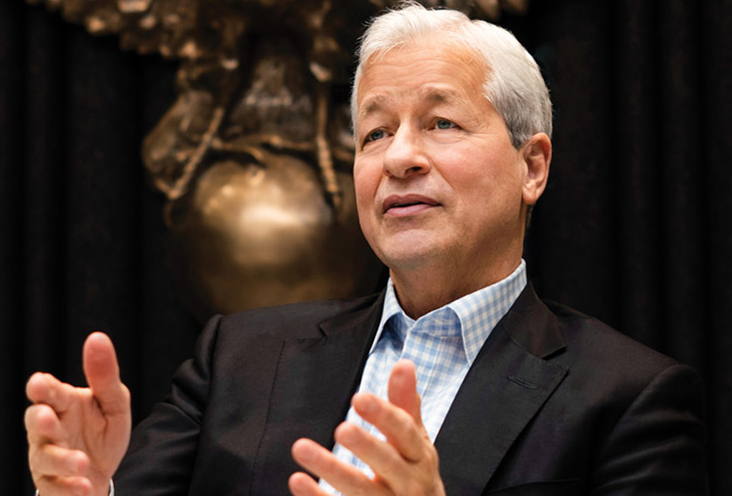 Jamie Dimon, The CEO of JPMorgan Chase, is going through a forced apology tour. Dimon is currently walking back comments that he recently made about China.

So, what exctly did Jamie Dimon say? Well, he claimed that JPMorgan Chase would last longer than the Communist Party of China. And, of course, the Chinese Communist Party did not like hearing that.

Dimon was in Hong Kong recently where he made mention of the fact that JPMorgan Chase was celebrating its one hundredth year of doing business in China the same time that China’s Communist Party is celebrating its 100th year.

Jamie Dimon said, “The Communist Party is celebrating its 100th year. So is JPMorgan. And I’ll make a bet we last longer.”

“I can’t say that in China,” Dimon added while laughinh. “They probably are listening anyway.”

Now, Jamie Dimon is taking a more serious tone. “I regret and should not have made that comment. I was trying to emphasize the strength and longevity of our company,” Jamie Dimon said in an official statement.

And, if that was not enough, Dimon further apologized when he spoke as part of as Boston College series of CEO interviews Tuesday, saying, “I made a joke the other day that the Communist Party is celebrating its 100th year – so is JPMorgan. I’d make a bet that we last longer. I can’t say that in China. They are probably listening anyway.”
–

“I was just in Hong Kong and I made a joke that the Communist Party is celebrating its hundredth year. So is JPMorgan. I’d make you a bet we last longer,” Jamie Dimon said. https://t.co/8S33djYybk

There is an old saying: “Never bite the hand that feeds you!” Now, some people will call the apology an act of cowardice. China opponents will describe it as yet another example of a Western leader begging forgiveness from the Chines government out of fear of reprisals.

China, however, is the most important market in the world today and no one wants to alienate the Chinese government. And that being said, this is not something that only happens when it comes to China?

Businesses, governments, politicians and even celebrities are always apologizing these days for even the perception that a simple comment they made was somehow offensive to a country, a group of people, a culture or even an individual.

Sure, Jamie Dimon probably was not making a deliberate political statement when he said what he said. But it does not matter.

In the age of social media, where everything anyone of any importance does, and even things done by people who no one has ever heard of before, is filmed by someone on their smart phone and then uploaded to the Internet, each and every one of us must constantly be on guard.

If you make a short quip that only last year would have been the funniest ever posted online, but which today is considered offensive by someone, somewhere, you will never get to run for President of the United States.