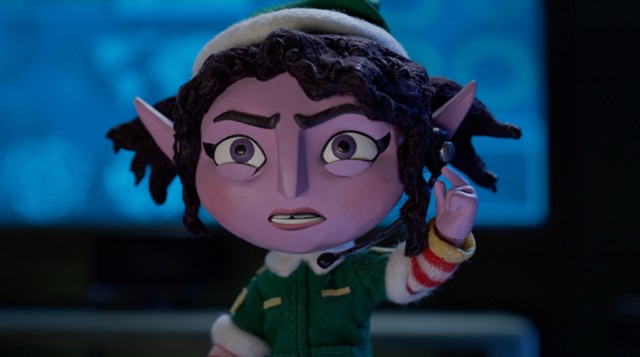 Santa Inc. Yes that is the name of the movie. Santa Inc. tells the story of an elf working in Santa’s Workshop in the North Pole who dreams of becoming Santa Claus someday. It’s an animated movie where Sarah Silverman plays the elf. And, of course, Seth Rogen is Santa Claus.

A fictitious big man who comes around once a year to give kids presents – presents that they just so happened to ask their parents for – is being played by a Jewish actor. It is fitting considering that the whole myth sounds like something anti-Semites would have dreamed up, blaming Jews for making it up so they could make more money selling toys at Christmas time.

Silverman plays Candy Smalls, “the highest-ranking female elf in the North Pole. When the successor to Santa Claus (Rogen) is poached by Amazon on Christmas Eve, Candy goes for her ultimate dream — to become the first woman Santa Claus in the history of Christmas.”
–

“Out with the old, in with the elf — it’s time for the North Pole boys’ club to get a little more inclusive,” declares the movie’s trailer.

Santa Inc. is not a family show. It is meant for adults, as evidenced by how it is filled with profanity. Just watch the opening of its trailer and hear Sarah Silverman say, “When you’re a kid, there’s only one day more special than any other day—and that day is Christmas. And we are the magic behind that day. So let’s get these f***ing kids some f***ing presents!”

The show also has the pretention of being about gender and racial equality, pointing out that no women or people of color have ever been in charge in the non-existent world of Santa’s shop.