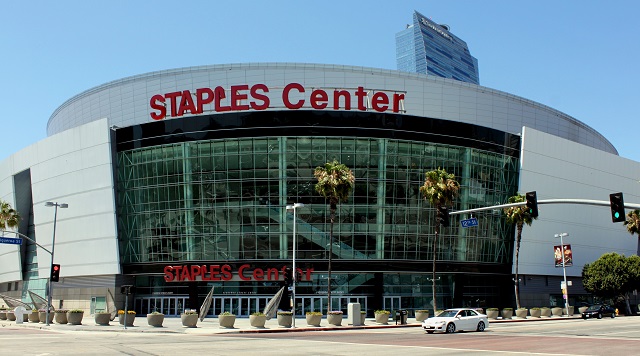 Last week, it was revealed that Crypto.com had paid $700 million for the naming rights to what has been known as the Staples Center since it first opened in 1999. It was a real genius who first came up with the idea of getting businesses to pay for the naming rights of sports arenas, instead of naming them for the teams, famous and important people or simple names like “The Garden” or “The Forum” which was the name of the old LA arena where the Lakers once played.
–

AEG and https://t.co/uiqGyel7aG announced their historic naming rights partnership for one of the world’s most iconic sports and live entertainment venues formerly known as STAPLES Center. We’re now at @cryptocomarena.

Sure, there were always Stadiums like Busch Stadium in St. Louis and Wrigley Field in Chicago. They bore the names of a beer company and a chewing gum manufacturer. However, these also happened to be the family names of the respective team owners, whose families also owned those businesses.

It was not until the 1990s that the teams realized that they could make a fortune by selling the naming rights to their stadiums. Even ones that had been around for decades, and that already had been named for people, were rebranded once enough money was offered.

This commercialization may seem sad when compared to all of the old time names for parks, especially those that were named for people like Chicago’s Comiskey Park. But considering the billions that it costs today to build new arenas and the high expense of annual maintenance, it is certainly understandable that the owners, who are usually the public at large whose tax money paid for the stadium, have a source of revenues to offset its cost.

So, naming arenas for famed brands like Tropicana and AT&T makes sense. But, this is clearly a statement on how cryptos have come into their own in a brief period of time, getting a sports arena in one of the biggest cities in the world named for a crypto company. Interestingly, Mark Cuban has had a love/hate relationship with crypto currencies and has gone back and forth over the years from hating them to loving them. Actually, Cuban has confused just about everyone as he seemingly has been both a fan of, and a detractor of, cryptos at the same time.
–

The tokens would earn value via revenue generated by readers who bought them for access to the articles. Obviously this is an over simplification, and there are challenges. But it could change journalism with the right app

So what is Mark Cuban unhappy about with the renaming of the Staples Center Crypto.com Arena? Well, for starters, it’s the company that bothers Cuban. He pointed out that Crypto.Com has its operations outside of the U.S.

Well maybe that is the case. Or maybe Cuban is just bothered that an arena where his team must play is now named for a competitor of his. Mark Cuban is himself involved in the cryptocurrency market.