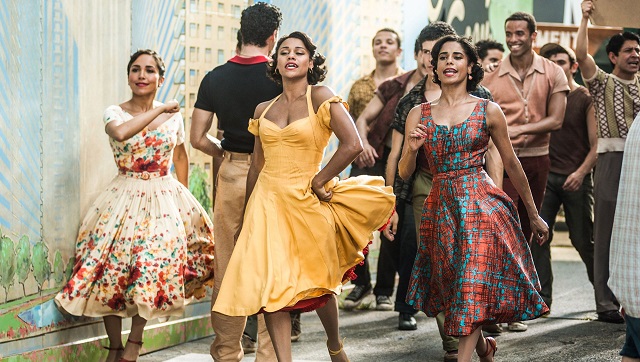 Steven Spielberg’s remake of the classic movie musical West Side Story is getting huge buzz with just two weeks to go before its release. Usually, classic movie remakes fail to capture the magic of the original and are derided by the entertainment media starting long before they actually get released. But this is Steven Spielberg we are talking about here.

A new trailer for the movie, which is due out on December 10, was released on television Sunday night, during the American Music Awards broadcast.
–

Steven Spielberg could do a remake of Plan 9 from Outer Space, Ishtar, or even Heaven’s Gate and it would be something that the critics would get excited about.

It has been fifty years since the original West Side Story was released. While an amazing classic and revered film, it has been derided in recent years for lack of cultural diversity. The half of the film’s cast who played Puerto Ricans were not themselves Latinos.

It only had Rita Moreno, who won an Oscar for the movie for best supporting actress. She played the friend of the romantic lead who was played by Natalie Wood. Wood’s parents were Russian. For the record, Rita Moreno actually is from Puerto Rico. The original West Side Story won 10 Oscars in total, including best picture and best director.

Like Moreno, George Chakiris also won an Oscar for best supporting actor for his performance in the movie. Chakiris played the Puerto Rican Bernardo. However, Chakiris was born in America to Greek parents.

Such criticisms of the original are part of the reason for the remake. The new movie will also feature Rita Moreno, albeit playing a different role. Hey, she is 50 years older now.

Anyway, this time Maria is being portrayed by some who is at least half-Latina. Rachel Zegler’s mother was from Colombia. And this time Bernardo is played by David Alvarez. While he was born in Canada, his parents are Latinos.