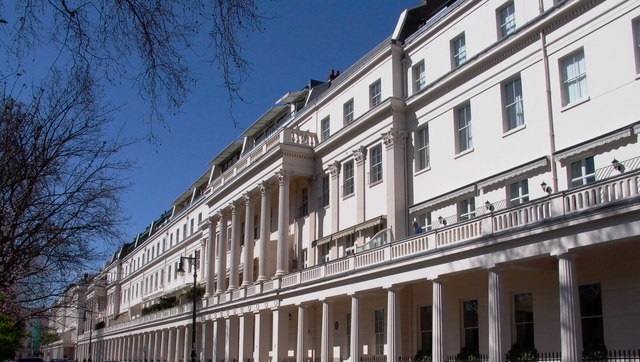 Leon Black, the former head of Apollo Global Management, has just bought a new home in London for 21 million British Pounds. At 2 million Pounds off the asking price, the 70 year old Leon Black got a bargain at a roughly $28 million purchase for a home that once housed historical figures like Margaret Thatcher and Henry Ford II.

But Leon Black may need his cash back in the near future, however. That is if he loses the several lawsuits that have been brought against him by women who have accused the mogul of rape.

The house stretches down a full block in the posh Belgravia neighborhood of London. Most Americans know of Belgravia from the novel of the same name by Julian Fellowes. Belgravia the book was also recently made into a television show and is about a group of wealthy socialites who live in the neighborhood in the 19th Century.

The 69 year old Wall Street power player was supposed to stay on with Apollo Global Management until the end of this year. However, Leon Black was forced to abruptly resign in March, after announcing his retirement in January of this year. But even his “retirement” was not entirely voluntary. Black was pushed into it after a plethora of revelations were made about his relationship with the late rapist and pedophile Jeffrey Epstein.
–

Leon Black’s new home has six bedrooms and is located at 93 Eaton Square. It has a grand entrance hall, a reception room, 4 ensuite bedrooms, 2 dressing rooms, a sitting room, a patio and a utility room.

JanineStone.com says, “Located on London’s largest and most renowned garden squares, this Grade II listed Blue Plaque apartment comprises a four bedroom residence with an interconnecting two bedroom mews house. The seamlessly interconnecting mews house, which also has its own entrance located on Eaton Mews North, has a lower ground floor wine cellar, with further accommodation over the ground and two upper floors.”