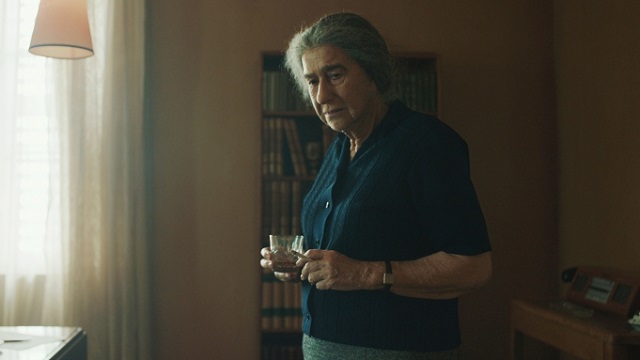 In “Golda” Helen Mirren will need to portray Golda Meir at the single worst moment in the Israeli leader’s life – the disaster and the crisis of the Yom Kippur War in 1973. Golda focuses on the “intensely dramatic and high-stakes” responsibilities and decisions that Golda Meir, also known as the “’Iron Lady of Israel” faced during the Yom Kippur War.
–

Meir never recovered politically from the failures leading up to the war which was a national disaster for Israel. Eight months after the war ended, and even after winning re-election at the polls a month after the war, Meir was forced to resign as prime minister and retired from politics entirely.

“Golda Meir was a formidable, intransigent and powerful leader,” said Mirren. “It is a great challenge to portray her at the most difficult moment of her extraordinary life. I only hope I do her justice!”

The movie is directed by Israeli Guy Nattiv, Nattiv won an Oscar for Best Live Action Short Film for the movie Skin in 2018. “I have long been an admirer of the great Helen Mirren,” said Nattiv. “She has melted so brilliantly into Golda Meir’s character with incredible talent, intelligence, depth and emotion, doing justice to the richness and complexity of this incredible woman.”

But plenty of people are mad at Helen Mirren for portraying the Israeli leader. There are those going online saying that by playing the part Mirren is somehow guilty of abetting the nonexistent crimes committed by Israel. It’s hard to see how an actor can be accused of being an accessory to a crime just because they play a part in a movie. And this is especially so when the so called crime never happened in the first place.

Maybe the critics have a point. Maybe Helen Mirren should be canceled for taking on the role of Golda Meir. After all, Mirren is neither an Israeli nor a Jew. While her father was Russian, the actress certainly did not come from Russia or grow up in America like Golda Meir did.

So how dare she take on this role? It’s like when they announced that Gal Gadot was cast as Cleopatra for an upcoming movie? GADOT IS A Jew and an Israeli. She is not an Egyptian, nor even an ancient Egyptian. And Gal Gadot was certainly not born on the continent of Africa. So how dare she play a woman who lived more than two thousand years ago in Africa, but who was the descendant of Greek invaders who married only among themselves for centuries before her birth.

Maybe it’s the Greeks who should complain about that one.