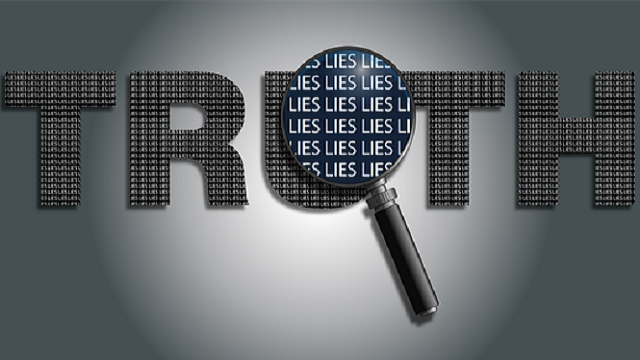 We might soon have a definitive lie detector test. Researchers at Tel Aviv University have released results of a new study that detected 73% of the lies told by trial participants based on the contraction of their facial muscles – achieving a higher rate of detection than any known method.

Everyone has heard about lie detector tests. The polygraph is said to be able to determine if someone is lying based on measures of their heart rate, blood pressure and more. The problem is, it does not really work. Many people know how to cheat a lie detector and some can be found to be lying even when they are not.

For this reason, courts do not allow its use as evidence. But what would happen if a new test could be proven to be 100% accurate? Would courts allow it? Or would they need to ban its use because someone refusing a test would be assumed to be guilty, thereby negating their right to remain silent.

The study was conducted by a team of experts from Tel Aviv University headed by Prof. Yael Hanein of the Center of Nanoscience and Nanotechnology and School of Electrical Engineering, Iby and Aladar Fleischman Faculty of Engineering, and Prof. Dino Levy from the Coller School of Management. The team included Dr. Anastasia Shuster, Dr. Lilach Inzelberg, Dr. Uri Ossmy and PhD candidate Liz Izakon. The paper was published in the leading journal Brain and Behavior.
https://onlinelibrary.wiley.com/doi/10.1002/brb3.2386

Prof. Levy explains, “Many studies have shown that it’s almost impossible for us to tell when someone is lying to us. Even experts, such as police interrogators, do only a little better than the rest of us. Existing lie detectors are so unreliable that their results are not admissible as evidence in courts of law – because just about anyone can learn how to control their pulse and deceive the machine. Consequently, there is a great need for a more accurate deception-identifying technology. Our study is based on the assumption that facial muscles contort when we lie, and that so far no electrodes have been sensitive enough to measure these contortions.”