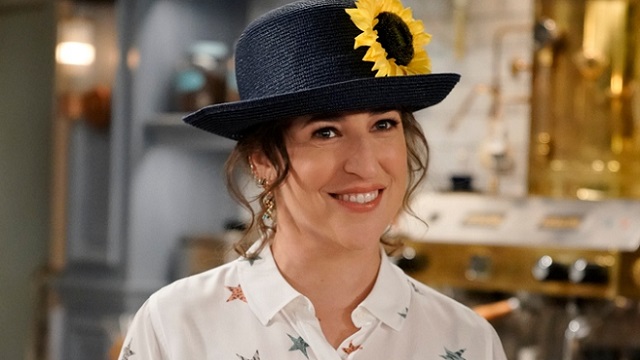 Actress Mayim Bialik, who is now best known for being the part time host of Jeopardy, has opened up on all manner of subjects including vaccinations and mental health. Mayim Bialik spoke out in an interview with Jalen Rose for the New York Post.

Bialik also told fans about how her first TV show, “Blossom,” is going to have a reunion. She tweeted, “Whoa. This is some big fun news….a Blossom cast reunion is coming! Are you as excited as I am?!”

In the interview, Bialik took exceptional offense at what was said of her in a recent New York Times article. The article referred to the backlash that arose when Bialik was first announced as a new Jeopardy host. The negative response came due to a book she once wrote in which Bialik criticized vaccinating children.

“After the New York Times did a piece on me which I found really kind of like, neutral,” she said. “I can’t tell you the number of people who were like, ‘she’s an anti-vaxxer,’ ”

“And it’s like, ‘Did you not read the article?’ That upsets me just as a human. It doesn’t upset me as a celebrity so much because, like, I’m grateful to my publicist for reminding me not to read comments.”

Mayim Bialik also spoke about how her entire life and her personality were formed by the fact that she was a child star.

“It’s hard having everyone tell you you’re amazing when you know that that’s not always true,” she said. “And it’s hard, having people be interested in you for what you can provide for them or what you can give them … So I think there’s a part of you that doesn’t really develop all the way, especially when you have fame young. You know, like, there’s part of you that’s always like, ‘Love me, love me. Like, what can I do?’ You know? So there’s definitely an aspect to my life that was shaped by that.”
–

Hi everyone! In the spirit of #Hanukkah & #Thanksgiving, we are going to send 5 winners personalized video messages to someone who is very special to you! Go to #BialikBreakdown to enter our #MessagesOfHope Giveaway ▶️ https://t.co/Th2F4B37eD pic.twitter.com/f9ZH2LPnYH

Mayim Bialik spent a long time out of the public eye after her first show ended its run. She went to school at UCLA and got a doctorate in science. But one day, Bialik says, she realized that she did not even have health insurance and needed to get back to work. This is when she was cast on the hit TV sitcom “The Big Bang Theory.”

“I wasn’t thinking I’d be on the ‘Big Bang Theory,’” she told Rose. “I’d never watch the show. I was busy. We ran out of health insurance because health insurance is not provided in this country unless you have a certain kind of job.”