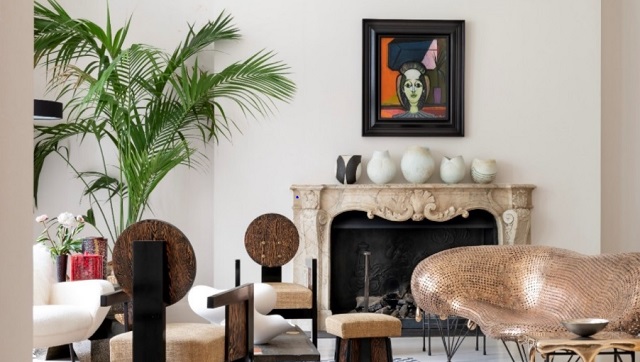 The Collection of Victoria, Lady de Rothschild, will be offered up for bidding online by the famed Christie’s of London. The auction will begin on November 18 and last until December 9.

Victoria Lady de Rothschild, the former Victoria Lou Schott, was married to the 90 year old Evelyn de Rothschild, from 1971 to 2000. She is the daughter of Florida property developer Lewis Schott. Sir Evelyn Robert Adrian de Rothschild is a British financier and a member of the historic Rothschild family. They had three children together.

In her obituary, the New York Times wrote, “She was an active philanthropist who followed her passions by championing the art and design world. She specifically supported the development of young, contemporary artists. She was a Patron of the American Museum in Bath, England, as well as a supporter of ‘Women for Women International’, a charity responding to women’s issues during global crises. Her family and friends are heartbroken for the loss of a truly unique, caring, funny and loving, sister, mother, grandmother, aunt and loyal friend.”

The sale will offer over 200 lots, spanning the 20th and 21st centuries, featuring important modern design by André Sornay and notable works by contemporary designers Yoichi Ohira, Johnny Swing, Ingrid Donat and Mattia Bonetti, alongside works of art by Dora Maar, Henry Moore and Irving Penn, as well as a curated collection of over twenty contemporary Japanese bamboo baskets by Tanioka Shigeo and Minoura Chikuhō, amongst others.

The sale is led by Johnny Swing’s One Cent Couch, a custom commission for Victoria for her personal collection and an impressive example of the important series by the designer (estimate: £50,000-80,000). Spanning Christie’s Luxury Week and Classic Week sales, highlights from this auction will be on public view at Christie’s headquarters in London.
–

Beeple’s ‘HUMAN ONE’ is now on display at our Rockefeller Center galleries in New York. @beeple #NFTThursday https://t.co/ygnHkVeTXF

Lady Victoria’s children Anthony, Jessica and David de Rothschild commented, “Our Mother had a wonderful eye and an ability to mix the most unlikely pieces to produce an incredible narrative. She was always so excited by her new finds and the way in which they would sit together creating a reaction from whoever was viewing them. Her collection was thought-provoking and inspiring and invited you into a world of her own. Above all she loved beautiful things and loved sharing them with people.”