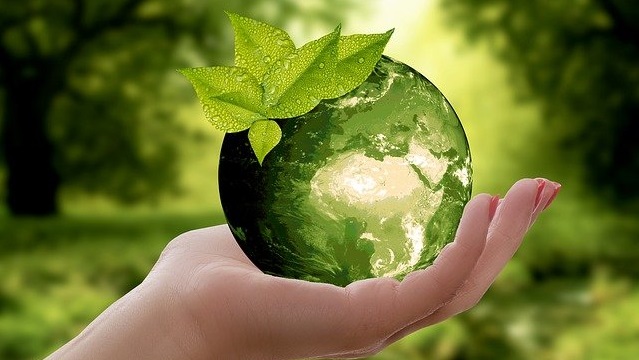 The Agriculture Innovation Mission for Climate (AIM for Climate) is a new initiative led by the United Arab Emirates (UAE) and United States (US) with the support of over 30 government countries from six continents including the recent addition of Canada, and the United Kingdom, as well as Israel. It had its official launch at the UN Climate Conference in Glasgow on 02 November and announced an “early harvest” of $4 billion of increased investment to accelerate innovation for climate-smart agriculture and food systems over the next five years.

The 2021 United Nations Climate Change Conference, also called the COP26, is currently underway in Glasgow, Scotland. Israel’s Prime Minister Naftali Bennett attended the conference, at the head of a delegation of 120 representatives from government ministries and the Knesset, civil society, academia, the business sector, and local government. Israel’s Minister for the Protection of the Environment Tamar Zandberg and Energy Minister Karine Elharrar will be among them.

The world’s greatest climate scientists in most dire warning: It is now or never

Just this past summer, the Intergovernmental Panel on Climate Change (IPCC), the United Nations body for assessing the science related to climate change, released a stunning report on how the world is getting hotter, how climate change is destroying the environment, and how this has all been caused by human activity.

The initiative, launched as part of the World Leaders’ Summit at the 26th United Nations Climate Change Conference (COP26), aims to increase and accelerate agricultural and food systems innovation in support of climate action. While farmers and ranchers around the world face the impacts of climate change on a daily basis, nearly 25 per cent of all greenhouse gas emissions come from agriculture. AIM for Climate is focused on enabling innovation investment in a sector that employs over 2 billion people and feeds the world’s growing population.

AIM for Climate seeks to drive more rapid and transformative climate action in the agricultural sector, empowering agriculture to be part of the solution to address the climate crisis, build resilience to its impacts, and create co-benefits of climate action. Diversity, gender equity, and inclusion are critical to the success of the mission. AIM for Climate recognizes the wide range of participants necessary to achieve its goal and seeks to draw on diverse knowledge, experiences, and cultures.

John Kerry, U.S. Special Presidential Envoy for Climate, said, “The United States is proud to be launching the Agriculture Innovation Mission for Climate initiative alongside the United Arab Emirates and over 80 partners across the globe. Investment in climate-smart agriculture innovation is critical to addressing the climate crisis. Innovation can reduce emissions, feed the world’s growing population, and help farmers and ranchers mitigate and adapt to climate change.”

His Excellency Dr. Sultan Ahmed Al Jaber, UAE Special Envoy for Climate Change and UAE Minister of Industry and Advanced Technology, said, “AIM for Climate is focusing on a sector that has been previously overlooked in terms of the opportunities it offers for global climate action. This initiative demonstrates the UAE’s holistic and inclusive approach to climate action, which characterizes our offer to host COP28. The United Arab Emirates has already driven change in the energy sector through green innovation and growth, investing over $17 billion in clean energy around the world. AIM for Climate is a smart extension of that investment strategy.”

Her Excellency Mariam bint Mohammed Almheiri, UAE Minister of Climate Change and Environment, said, “A major part of the climate challenge revolves around food and agriculture. When we consider that about a quarter of all greenhouse gas emissions come from agriculture, and the world’s growing population is increasingly dependent on climate-vulnerable food production, we can see the urgency of driving investments in agricultural innovation and R&D.”