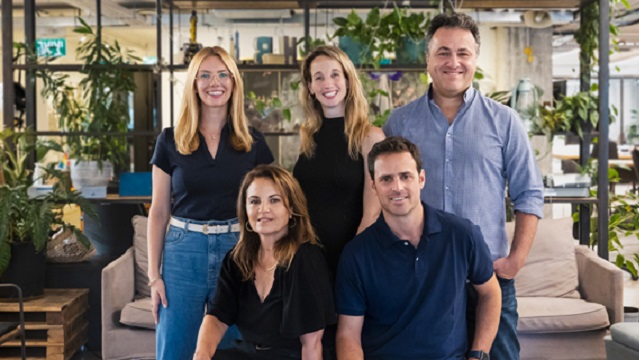 UpWest, a Silicon Valley-based and Israeli-founded venture fund, announced on Thursday that it has closed an oversubscribed $70 million Fund IV to continue backing Israeli founders breaking into the U.S. market. The new fund is led by Partners Shuly Galili, Gil Ben-Artzy and Assaf Wahrhaft, and is backed by leading institutional LPs; among them fund of funds, pension funds, banks, endowments and family offices, as well as notable tech founders and CEOs.

Founded in 2012 by partners Gil Ben-Artzy and Shuly Galili, UpWest describes itself as a first-check investor in “leading Israeli companies. The firm has been involved in Israeli super success stories like cybersecurity company SentinelOne, which just a few months ago held its IPO and now has a market cap north of $10 billion.

UpWest was also involved in getting HoneyBook off the ground. The Israeli Fintech startup, which has already booked over $1.9 billion in bookings for 2021 alone, has raised more than $400 million in the last six months. Six months after raising a $155 million Series D round, HoneyBook, launched a $250 million Series E round on Wednesday, increasing its valuation to $2.4 billion.

UpWest also announced it has expanded its presence in Tel Aviv with a new office led by Assaf Wahrhaft and Principal, Lia Cromwell.
–

Feeling incredibly proud of @upwestvc portfolio company @HoneyBook. Now valued at $2.5B and doubling its revenues since 2021. Creating value for independent workers in this new economy. #futureofwork #fintech https://t.co/5e501cs0Nd via @techcrunch

UpWest invests in Israeli founders in the early stages of their companies, leading the Pre-Seed and Seed rounds. UpWest’s unique cross-border approach has seen it amass the largest portfolio of Israeli companies with their headquarters in the U.S.

“After a decade of being a key partner to top Israeli entrepreneurs at the inception of their startups, UpWest is thrilled to expand its seed and pre-seed investments backing the next generation of Israeli founders,” said Gil Ben-Artzy. “Raising this fund is a testament to the strategy we’ve had since day one — to help entrepreneurs break into the U.S. market — and the trust and track record we’ve established among the founder community.”