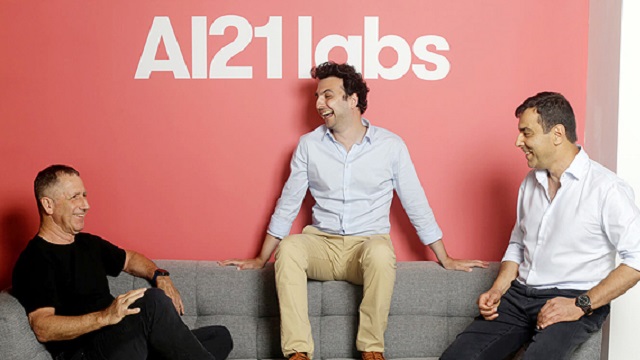 AI21 Labs, an Israeli artificial intelligence AI lab and product company, has brought in $20 million in new funding from Walden Catalyst, an early-stage venture capital firm dedicated to deep-tech investments. The new funds give AI21 Labs, which was founded by Amnon Shashua, a $400 million valuation.
–

The new capital come from Walden Catalyst’s inaugural $550 million fund which is focused on deep-tech investments.

Amnon Shashua is already an Israeli success story. He founded Mobileye and saw it through that company’s acquisition by Intel. Shashua still serves as Mobileye CEO and President while also as a senior vice president at Intel. The 61 year old is also is a computer science professor at the Hebrew University in Jerusalem.

His co-founders are Professor Yoav Shoham, who serves as co-CEO and serial entrepreneur Ori Goshen, the other CEO.

Walden Catalyst is led by Young Sohn and Lip-Bu Tan, two tech pathbreakers with proven track records of creating outsize value across the semiconductor, cloud and electronics industries. They are early investors in many of the most recognizable names in the tech industry, including Zoom, Inphi, Berkeley Lights, Habana and Nuvia. Young previously held the position of Corporate President and Chief Strategy Officer of Samsung Electronics, where he spearheaded Samsung’s global innovation, M&A and venture investing initiatives.

And what, exactly, does AI21 do? Well, it helps machines speak, or communicate, depending on how you look at it. This may not sound like such an original idea. Don’t computers and systems already communicate in one way or another? The answer is yes, but the level at which they communicate and process information keeps on changing.

AI21 explains that in the past decade, neural networks fueled by unprecedented volumes of data and powerful computing led to a revolution in computer vision – the ability of machines to understand and generate images. The company says that language is harder for machines than vision and requires tectonic shifts in the way we build these machines.
–

Today we’re launching AI21 Studio, a platform where you can instantly access our state-of-the-art language models to build your own applications – including a 178B parameters model, Jurassic-1 Jumbo. We can’t wait to see what you create! https://t.co/NhCnF1Emcy

“We’re building state of the art language models with a laser focus on understanding meaning,” says the company. “And to do this, we’re simultaneously introducing scientific innovations and tackling frontier software engineering challenges posed by models of this size and sophistication.”