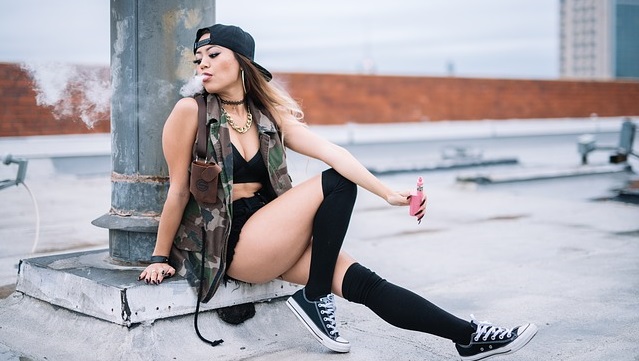 Is cannabis good for kids? Should teens be using marijuana? Whatever you may think, according to a new study published in JAMA Pediatrics, kids are vaping pot quite a lot these days.

Everyone has been so worried about how the trend of vaping tobacco or other products with added nicotine has become popular with kids. They talk about how this will cause whole new generations to become addicted to tobacco products. But this concern seems to have kept the powers that be from noticing a high increase in the use of marijuana vaping by underage kids.

Maybe this is because governments everywhere have been getting in on the legalization of marijuana craze. Many nations and most U.S. States have now legalized it. And even where it is only legal for medical use, its recreational use has been decriminalized. People can be seen smoking marijuana in places where the use is still technically illegal, and such people only risk a fine for public smoking.

Israel now has a welt hos startups working on ways to monetize the cannabis business, for both medical and recreational purposes.

Even former Israeli Prime Minister and one time IDF Chief of Staff Ehud Barak has gotten in on the pot business. He leads InterCure, an Israeli medicinal cannabis company, which began trading on the NASDAQ last month.

So, what did JAMA Pediatrics find?

So, these are the facts. But what does this mean?

Well the authors stated that the findings of this study suggest that “more effective prevention and response measures are required to mitigate the increasing prevalence of cannabis vaping among adolescents.”

But that is a subjective matter. Governments and communities will need to decide for themselves what, if any, actions needs to be taken here. Some may end up with much lower legal ages for using marijuana than they have for drinking alcohol.

However, study author Carmen Lim, a doctoral candidate in health and behavioral sciences at the University of Queensland in Australia, told NPR, “Regular use of high THC products could increase the risk of dependence, other substance use and many other health, social and behavioral problems later in life.”