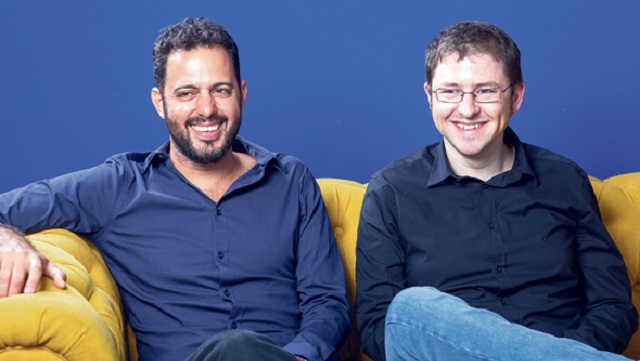 Augury, an Israeli startup that works in the field of internet of things IOT and AI-driven Machine health solutions, has hit unicorn status after raising $180 million in new funding. This brings Augury’s post-funding valuation to over $1 billion. Augury has now raised a total of $286 million to date.

A unicorn is any startup that is valued at $1 billion or more. And this is the second such Israeli startup to come out as a new unicorn today, Wednesday. Fabric, an Israeli retail logistics platform, raised a $200 million Series C fundraising round, valuing the company at more than $1 billion. The round, which was led by Temasek, brought the total amount raised by Fabric to $336 million.
–

So why are Fabric and Augury valued at about the same if Fabric brought in roughly one third more in investments? Well it has to do with how they value such startups. It has to do with how much someone is willing to pay per percentage share of the company. So if a firm raises $1 million for a 1% share of the company, it is worth $100 million in total. Pay $10 million for just one percent and the company will be valued at $1 billion, etc.

Founded in 2011 by CEO Saar Yoskovitz and CTO Gal Shaul, and based in Haifa, Augury says that its solution provides insights into the health and performance of the machines, which manufacturers use to make products, and deliver services. Augury has 250 employees including 120 in Israel.

Augury’s mission is to build a world where people can always rely on the machines that matter, by providing its customers with superior insights into the health and performance of the machines they use to make products, deliver services and improve lives.
–

Augury boasts that its Machine Health solutions create a “real-time, prescriptive source of truth for the health and performance of industrial assets. From the plant floor to the executive office, we provide insights to help you transform the way you manage and maintain your critical assets by predicting and preventing machine failures.”

“We’ve spent the last decade building towards a future where we can always rely on the machines that matter, in the sectors that matter,“ said Saar Yoskovitz, co-founder and CEO of Augury. “Today marks a significant step into that future since our industry’s leading organizations have recognized the importance of Machine Health to them and their customers, and trust Augury to be their Machine Health partner. I’m thrilled by the opportunity this funding, coupled with the market access our new investors provide, gives us to further fuel Augury’s exponential growth and bring the impact of Machine Health to new markets.”