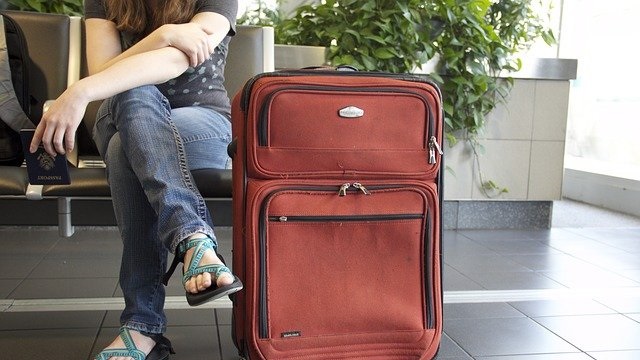 Israelis may soon be able to travel to the United States without first having to apply for a tourist visa. Israel hopes to soon join forty other nations that have already been granted a waiver from the US government that allows their citizens to receive an automatic 90 day visa upon their arrival in the country.

US Secretary of Homeland Security Alejandro Mayorkas reportedly said, “We have four [new] candidates in the pipeline [for the program] : Israel, Cyprus, Bulgaria and Romania. We’re very, very focused on the program.”

Israeli Ambassador to the US Gilad Erdan said, “We’re continuing to work at full power so that Israeli citizens can enter the United States freely without the need for a visa, as is fitting for our closest ally. The clear statement from Secretary of Homeland Security Mayorkas is a very significant advancement toward achieving that goal.”

The news couldn’t have come at a better time for Israelis. The Covid crisis forced everyone to cancel their plans for vacations abroad. And while over this past summer Israelis flocked to vacation spots in Europe by the tens of thousands, most of the world was still closed to them.

Americans are used to being able to just get on a plane and fly anywhere in the world. But for most people in the world, including Israelis, this is not the case. They must apply ahead of time for a travel visa to be allowed to enter many of the other countries in the world.

Americans get a 90 day visa for just by presenting their American passport at the airport there upon arrival. And then they have little problem getting an extension as a student, someone visiting family, or even a work visa if a company needs their services, especially if the person is Jewish.

Israelis who do get an American visa get only 90 days to visit and are not usually able to get an extension. Only people like businessmen clergy and NGO officials get extended open visas for multiple trips. Overstaying the time period allowed, or any other infraction, could lead to a person being banned from returning, or at least having to wait many years before they can apply for another visa.

It has also been much reported on in Israel that continued Covid restrictions are making it hard for Israelis to renew their passports. They must make an appointment ahead of time before going down to an office of the country’s Immigration Ministry, which handles the issuing of passports to Israeli citizens. And these days, because of the Coronavirus, people seem to need to wait for month just to get an appointment. So they may not even be able to travel to places in the world that do not require Israeli citizens to apply for a tourist visa ahead of their trip.

And for Israelis who have valid passports, they still must apply for a visa to travel to the United States. Now that Israelis have mostly been vaccinated for Covid-19, even for a third time, they can travel to countries that allow admission to vaccinated foreigners. This includes the US. But Israelis still need a visa to go there and just like with their local governmental bureaucratic problems, they must also go through a lengthy process at an American consulate or embassy to apply for a visa.

Due to the Coronavirus, this is not so easy to do these days. Getting an appointment is a chore. So should there have already been an exemption for Israelis to get American visas it would make traveling easier.