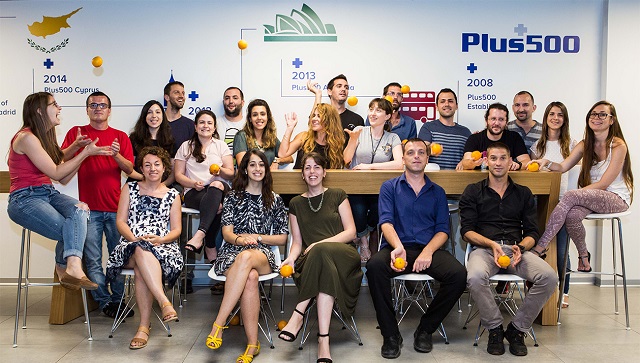 A lawsuit against Plus500 Israel will be allowed to move forward. A Tel Aviv court ruled that a class action suit filed against the Israel based company over trade manipulations has merit and ordered the firm to provide an explanation to the court as to how its pause mechanism functions.

Plus500, is listed on the London Stock Exchange and operates internationally through subsidiaries in Australia, New Zealand, Cyprus, Israel, and South Africa.

The international financial trading services firm stands accused of blocking clients’ from making certain trades at certain times under false pretenses. When it was of benefit to the firm, Plus500, claim the plaintiffs, refused to allow them to make important time sensitive trades by claiming that it had a “pause mechanism” in place that came into effect automatically at different times. While this mechanism was in operation, the firm said, it could not conduct the requested trades.

But some people smelled a rat, not unlike what happened with the so called binary options firms. Many of those companies, it was found, did not even invest their clients’ money and, like a Ponzi scheme, just pushed people to continue making trades—that were never enacted — so they could bill them for services until their accounts were depleted.

And Israel is not the only country where Plus500 is under such scrutiny. It also faces similar law suit in Europe and Australia.

One alleged victim is Asher Torgeman. Torgeman asserts that he had bought put options on the Frankfurt Stock Exchange with the expectation that the United Kingdom would vote in favor of Brexit. Most people, at the time, thought that this was a “fool’s bet.” But it worked. Unfortunately, Plus500 told Torgeman that it could not make the trades for him at that time due to its pause mechanism.

Plus500 told Torgeman that the trades were blocked because its pause mechanism responded to unusually high trading on the Frankfurt exchange at that time.

In his ruling, Judge Magen Altuvia said, “The automatic activity should not be used to remove responsibility [from TPlus500] as if the act was not carried out by the company [deliberately]. Plus500 is responsible for programming the automatic software and feeds in the parameters for these pauses. It is up to it to prove that during the hour of the pause that it was designed for the benefit of its customers.”

In other words, the judge is saying that even if the plaintiffs cannot prove that the company deliberately blocked trading when it was to its benefit and that it was not something that occurred due to an automatic mechanism in place, then it is still responsible to cover the financial losses that it causes to their clients.

Regardless of any civil actions underway, Tade500 is doing quite well these days. The company has stated that it expects its 2021 core profit to beat analysts’ projections and that its trading platform’s third-quarter revenue stayed well above pre-pandemic levels.

Plus500 said that it had seen increased trading due to volatility caused by the Covid pandemic, reported third-quarter revenue of $211.4 million, down marginally from $216.4 million last year, but nearly double its pre-pandemic revenue.