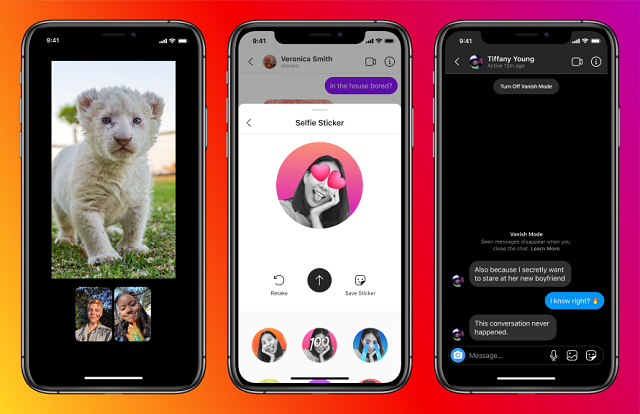 Facebook is planning on rebranding, changing the company’s name. This is according to a report from the Verge.

The name change is expected to be made at Facebook’s annual Connect conference to be held on October 28th. It is said that the decision is due to the company’s desire to focus on creating a metaverse, and not just being known as a social media company. But could it also be because Facebook’s image has been damaged?

Facebook is in a lot of hot water these days. Frances Haugen, a Facebook product manager and whistleblower, testified before the U.S. Congress recently. She revealed that the company did, in fact, know that its Instagram photo and video sharing platform was harmful to the emotional health of young girls.

Instagram has been the subject of controversy over how it promotes unrealistic body types with all of those posts by so called influencers that have clearly been photo-shopped.

And then there is all of the controversy over how Facebook allowed fake news and hate speech to proliferate on its platform over the years. Its founder Mark Zuckerberg has been grilled by Congress over the issue. The company has tried to take proactive measures in an effort to improve its image, such as blocking unsubstantiated news feeds about the Coronavirus. But has any of this helped?

So, why change the name and what would a name change actually change for Facebook?

Well, rebranding has become a standard for many businesses. If a certain product is the subject of a scandal of some sort, its very name will become unmarketable. So, a company will change its name to something new in hopes that consumers will not remember the controversy over the product.

The same thing is true for major corporations. For example, Kentucky Fried Chicken became KFC because people had come to think of fried foods as unhealthy. And a few years ago, Weight Watchers became just WW. This was because the organization wanted to become known for all manner of health services, not just weight loss.

So what is this metaverse anyway?

Facebook calls it a new phase of interconnected virtual experiences using technologies like virtual and augmented reality. “At its heart is the idea that by creating a greater sense of ‘virtual presence,’” said Facebook VP of global operations Nick Clegg in a blog post. “Interacting online can become much closer to the experience of interacting in person. The metaverse has the potential to help unlock access to new creative, social and economic opportunities. And Europeans will be shaping it right from the start.”

The company also revealed its plan to create 10,000 new high-skilled jobs within the European Union (EU) over the next five years as part of the plan.

“Europe is hugely important to Facebook,” said Clegg. “From the thousands of employees in the EU to the millions of businesses using our apps and tools every day, Europe is a big part of our success, as Facebook is invested in the success of European companies and the wider economy.”