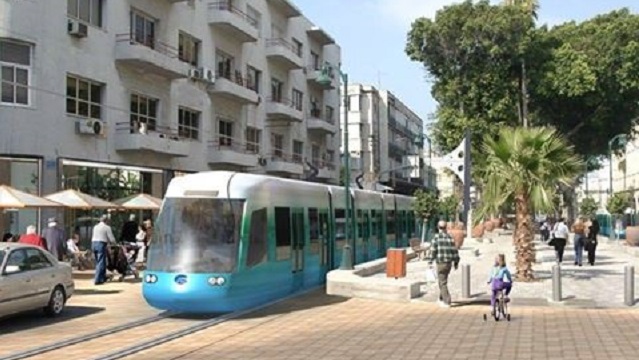 An analysis carried out by Lior Gallo and Yossi Margoninsky of the Bank of Israel Research Department, examines the climate footprint (greenhouse gas emissions), how it contributes to climate change, of the transportation industry in Israel, presents options for how to deal with it, and points to conclusions regarding the Israeli economy.

The report says that Israel’s transportation industry is the source of about one quarter of greenhouse gas emissions in the country, and its share of total emissions is increasing as those from electricity generation are decreasing.

Every day the Israeli news reports on all of the problems that the country has with traffic congestion everywhere. A new light rail is under construction in Tel Aviv which will hopefully reduce the congestion, as well as the Carbon emissions in the city. But that project is constantly being delayed for one reason or another.

Recently, the Intergovernmental Panel on Climate Change (IPCC), the United Nations body for assessing the science related to climate change, released a stunning report on how the world is getting hotter, how climate change is destroying the environment, and how this has all been caused by human activity.

Israel Minister for the Protection of the Environment, Tamar Zanberg, has pledged to push her country to greatly reduce carbon emissions. Improving public transportation and moving to electric vehicles is part of this.

Emissions can be reduced by switching to emission-free vehicles, by switching from using private vehicles to public ones, or a combination of both—particularly by switching to electricity-powered buses. A shift of 1 percent from traveling via private transport to public transport can reduce total emissions by 6.6 hundredths of a percent.

The report explains that the share of emission-free vehicles worldwide in 2030 is expected to reach 7 percent and the Bank of Israel calls for preparations to be made for a similar development in Israel—including expanding the charging options for the vehicles and setting different electricity rates over the course of the day. In addition, it says that a legislative framework must be “formulated promptly for recycling batteries of electric cars, and it must be decided if the recycling will be done in Israel.”

The most advanced technology today for emission-free vehicles is electric vehicles, in which the energy is stored in lithium batteries. This technology is becoming increasingly worthwhile with the decline in the prices of the batteries. In 2019, there were 3,500 electric cars on Israel’s roads, out of a total of about 3.5 million vehicles on the road. In addition, based on car importers’ data, 1,500 vehicles in 2020 and 4,600 in the first half of 2021 were added.

But electric cars come with their own environmental issues. Their batteries need to be handled properly when their lifespan ends. The Bank points out that while many advanced economies require car manufacturers to deal with the recycling of the batteries, in Israel the law for environmental handling of electric equipment and batteries makes an exception for electric car batteries. “The question of whether the recycling will be in Israel, or if used batteries will be sent abroad to be recycled, has to be addressed as well,” it says.