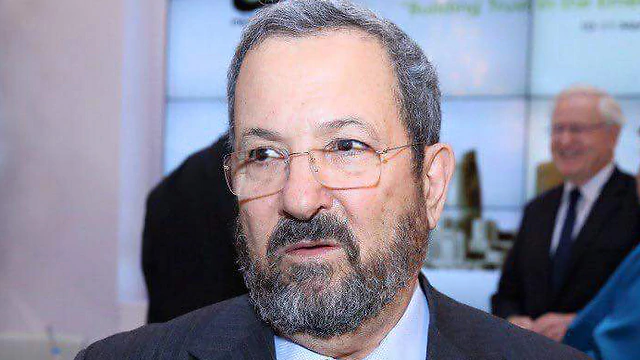 Michael Wolff’s new book “Too Famous: The Rich, the Powerful, the Wishful, the Notorious, the Damned” is about many people, but specifically renowned Jewish political figures like Ehud Barak, Michael Bloomberg and Jared Kushner have a lot to be concerned about right now.

And so does former President Donald Trump. He and Barak are revealed to have had certain relationships with Jeffrey Epstein.

Michael Wolff is the author of several inside account/tell books on the Donald Trump Presidency, such as, “Fire and Fury: Inside the Trump White House” and “Landslide: The Final Days of the Trump Presidency.” This is Wolff’s second book to come out in just the last four months.

The book boasts that it goes after the “major monsters, media whores, and vainglorious figures of our time.” It covers some of the most famous faces from the Clinton era through the Trump years.

Ehud Barak, the former Israeli prime minister and chief of staff of the Israel Defense Forces may have the most to lose from the book. It chronicles aspects of Barak’s relationship with the late pedophile and rapist Jeffrey Epstein. Wolff says that Barak was a guest at Epstein’s mansion during one occasion when Wolff visited him.

Ehud Barak, according to Wolff, once told Epstein that they did not need to worry about anything because their secrets were all safe.

If that above statement is true – Ehud Barak will be sure to refute this – then it would amount to a tacit admission on the part of the former general that he was personally involved in Epstein’s sexual crimes with underage girls.

“When the mighty fall, they do it with drama and with a dust cloud of gossip.”

As for Donald Trump, Michael Wolff claims to have been in Epstein’s mansion at a time when

Trump’s former political guru Steve Bannon called the house. Apparently, Bannon admitted to Epstein that he knew that the man could have torpedoed Trump’s campaign because of whatever it wa that Trump may have done with his former buddy Epstein.

Wolff claims that Epstein thought Trump would help him in exchange for handing over damming information on Bill Clinton that the Justice Department would want.

According to a report in The Daily Mail, Wolff wrote, “The White House, through the Justice Department, was looking to press a longtime Republican obsession, and Trump ace-in-the-hole, and get Epstein to flip and reveal the sex secrets of Bill Clinton. Trump, if he was obsessed with Clinton, which he was, was also obsessed with what Epstein knew about Clinton.”

This all would have happened three years before Jeffrey Epstein was arrested the final time by federal authorities. So this will surely lead to the big question of Wolff, “why did he wait until now to reveal any of this?”

Michael Wolff already published two other books that slammed Donald Trump and his presidency, one while Trump was still in office.

Another response to this book’s claims will surely be that the only one who can verify any of this is Wolff himself.