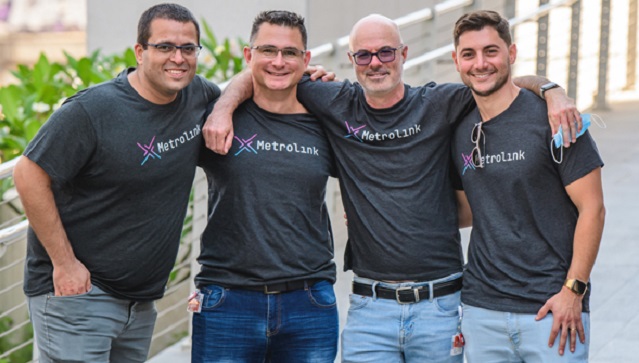 Israeli startup Metrolink.ai, which is developing a data management platform, has completed a $22 million seed round of funding from Grove Ventures and Eclipse Ventures.

Founded in January of this year by two veterans of the Israel Defense Forces’ high tech and computer units Asaf Cohen and Ronen Korman, Metrolink’s declares that its goal is to aid enterprises in the creation and application of dataflow infrastructures using no-code visual dev tools.

So don’t let the name fool you; Metrolink has nothing to do with metropolitan transportation services.

“Metrolink is a Data Operations platform that disrupts the way organizations get value from their own data, while maximizing the efficiency of human resources and dramatically reducing expenses for ongoing third-party services and system development.”

No-code development tools are software development platforms that can be used even by people with no computer programming training. Metrolink says that with its platform customers can create their own data pipelines to cover an array of transformations, leveraging on-premises and cloud solutions that integrate with existing processes and databases.

Metrolink can work in any environment (any cloud / on-prem) while keeping high-performance standards even in complicated real-world data. Metrolink capabilities enable organizations to focus on the core of their business without being bothered by the need to handle data flow and the ability to make effective use of it.

Co-Founder and Co-CEO Asaf Cohen served in the IDF’s vaunted high tech Unit 8200, rising from a young recruit to a commander who held responsibility for thousands of soldiers within the unit as well as many external. Concluding his military service in the past year, Asaf rose to the position of the unit’s deputy commander.

Ronen Korman, another Metrolink co-founder and co-Ceo, served in the IDF’s Unit 81, the technological unit of the Intelligence Corps. Korman rose to the rank of colonel and served as Head of Technology for Operation and Cyber division (General equivalent) at the Prime Minister Office.

Metrolink’s founders told Calcalist, “We believe that the next industrial revolution will be connected to the ability of companies to achieve more with their data. Our product will allow them to do this without having to outsource to software companies or spend a lot of money on software development. We allow huge companies to make this leap with a simple tool any analyst can use.”