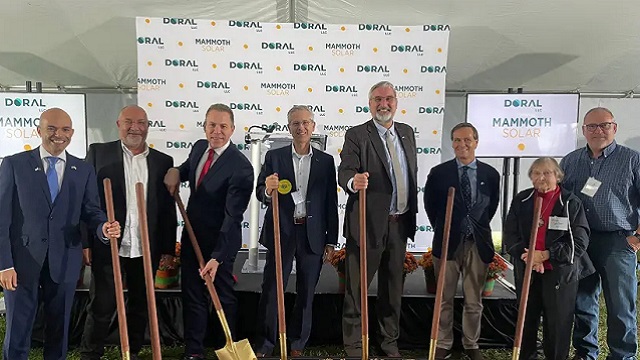 The groundbreaking of the Mammoth Solar project in Indiana (Photo: Courtesy)

Doral Energy of Israel, an alternative energy developer with major solar power projects and technologies, has broken ground on what will be the largest solar power field in America. Located in Indiana, the Mammoth Solar project will produce 1.3 gigawatts of clean, solar energy.

Mammoth Solar will cost about $1.5 billion and is expected to provide clean energy for about 200,000 homes. It should be completed by the summer of 2023.

Israel’s Ambassador to the US and the UN Gilad Erdan attended the groundbreaking ceremony. Indiana Governor Eric Holcomb, the Consul General of Israel to the Midwest Yinam Cohen and co-founders of Doral Energy Nick Cohen and Dori Davidovitz also attended.

“The Mammoth Solar project is a milestone in the Israel-US relationship,” said Erdan. “This project is a shining example of the tremendous mutual benefits of our cooperation, not only for the people of Israel and the United States but for the entire world.” 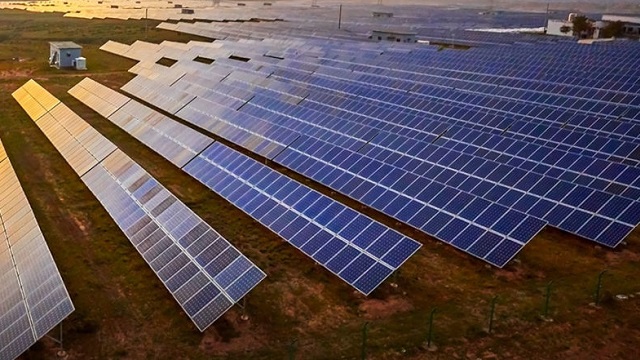 “This project, led by Doral Energy, a pioneer in solar energy, is a shining example of the tremendous mutual benefits of our cooperation, not only for the people of Israel and the United States but for the entire world. Mammoth Solar will create hundreds of jobs and produce enough clean energy to power over 170,000 households annually,” Erdan said.

“Friends, this is just the beginning,” he said. “If our relationship is the Indy 500, then we are only on the first lap. As Mammoth Solar shows, our cooperation today can help ensure that we play a leading role in the innovative industries of tomorrow—from renewable energy to smart agriculture, and from cyber security to life sciences.”

Doral Renewable Energy Resources Group consists of multiple entrepreneurial branches, engaged in a vast variety of renewable energy projects all across Israel. It is the first company to connect a Solar Photovoltaic System to the national electricity grid, back in 2008. Since then, Doral has grown tremendously; gained extensive professional knowledge and experience; mastered in dealing with regulatory requirements and authorities; created long-lasting strategic partnerships.

In Israel, the company develops, builds, operates and holds solar ground base facilities as well as fish ponds and roof top facilities on both private and commercial properties. Over the years, the company installed, operated and holds hundreds of MW and developing additional capacity of 1000 MW.