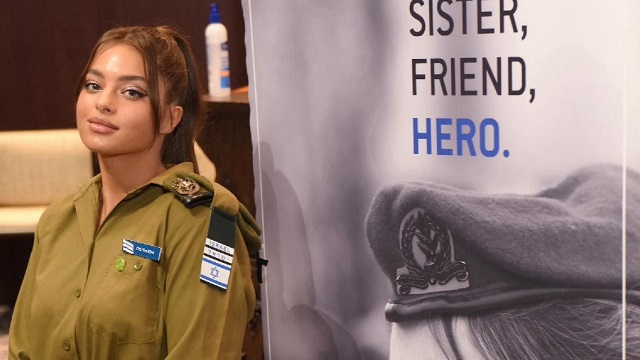 Noa Kirel is an emerging international sensation who, last year, signed a deal with Atlantic Records. She sang with the IDF Musical Ensemble at the event. All proceeds from the event will go towards the building of a synagogue at the IDF Yahalom Unit Base.

“The experience of performing in Long Island and meeting the incredible Jewish community there was unforgettable,” said Kirel. “For me, to see so many people gathering to support the soldiers of the IDF was truly heartwarming and reminded me that I’m part of something big – the Jewish People. It was truly an honor and a privilege to take part of this event – and I want to thank FIDF for creating this wonderful opportunity.”

“We had the pleasure of bringing members of our community together to show their support for the IDF soldiers and to engage directly with active-duty soldiers, including the remarkable Noa Kirel,” said FIDF Long Island Chapter Executive Director, Pninit Cole. “We thank everyone who came and look forward to seeing this incredible community at the FIDF North Shore Gala on October 28.”

As a show stopping vocalist, clever lyricist, dynamic dancer, and scene-stealing actress, Noa Kirel presents a different kind of story for popular music and culture. Cited by The Hollywood Reporter as “Israel’s biggest pop star,” she has emerged as an influential and inspirational force, picking up four MTV EMAs, serving as a judge on Israel’s Got Talent, landing looks from Billboard, Washington Post, and Deadline, and generating hundreds of millions of views and streams, among other accolades. Now at just 20-years-old, she is going global, expanding her vision yet again with her English-language debut on Atlantic Records.