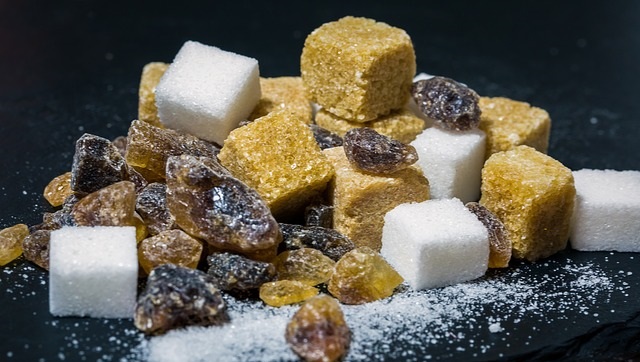 Ben Gurion University BGU researchers have some bad news for people who like sugar free artificially sweetened foods and drinks. They have found yet another way in which artificial sweeteners may be harmful to your health.

We all want to eat as much as we want, have as many sweets as we want, but not gain weight from it. But there is, as of yet, no magic recipe for a sugar substitute that tastes the same and comes with no negative medical effects at all.

A number of Israelis startups are working on new sugar substitutes that, hopefully, will not come with the medical drawbacks found in the study from Ben Gurion University. DouxMatok is an Israeli food-tech company that creates new targeted delivery of flavor ingredients. The company boasts that its new sugar substitutes and salt products enable healthier consumption of foods without compromising taste.

And last year scientists from the Hebrew University in Jerusalem said that they found a way to develop a realistic alternative to sugar. Dr. Amiram Goldblum is a Professor Emeritus of Computational Medicinal Chemistry at the Hebrew University of Jerusalem School of Pharmacy – Institute for Drug Research. His algorithm, Iterative Stochastic Elimination (ISE), may be used to find sugar substitutes.

BGU points out how artificial sweeteners have increasingly replaced sugar in many foods and beverages. However, their long-term health benefits remain unclear. Now, a team of BGU scientists led by Prof. Ariel Kushmaro and Dr. Karina Golberg has tested six FDA-approved artificial sweeteners and found that they interfere with bacterial communication. While none of them actively kill off the bacteria, three of the six significantly impair communication, which, the scientists theorize, could lead to digestive diseases and discomfort.

Their findings were published last month in the International Journal of Molecular Sciences.

“The fact that bacteria use quorum sensing to communicate with each other revolutionizes our understanding and enables us to provide clearer answers. Artificial sweeteners disrupt that communication, which indicates that artificial sweeteners may be problematic in the long run,” says lead researcher Dr. Golberg.

The scientists theorized that sports supplements contain artificial sweeteners in sufficient quantities to provide a good basis for testing as athletes constantly monitor their intakes. They tested aspartame, saccharin, sucralose, acesulfame potassium (Ace-K), advantame, and neotame. Three – aspartame, sucralose, and saccharin – were found to significantly inhibit bacterial communication. At least one of the three was found in all the sports supplements they tested.

To test the sweeteners, they used bioluminescent indicator bacteria whose luminescence was reduced if bacterial communication was disrupted.

“There is little accurate labeling of artificial sweeteners on products, which makes it difficult to know how much each product contains. Our research should push the food industry to reevaluate their use of artificial sweeteners,” says Prof. Ariel Kushmaro, head of the Laboratory of Environmental Biotechnology in the Avram and Stella Goldstein-Goren Department of Biotechnology Engineering at Ben-Gurion University. Dr. Golberg is a researcher in his lab. Prof. Kushmaro is also a member of BGU’s Ilse Katz Center for Nanoscale Science and Technology.