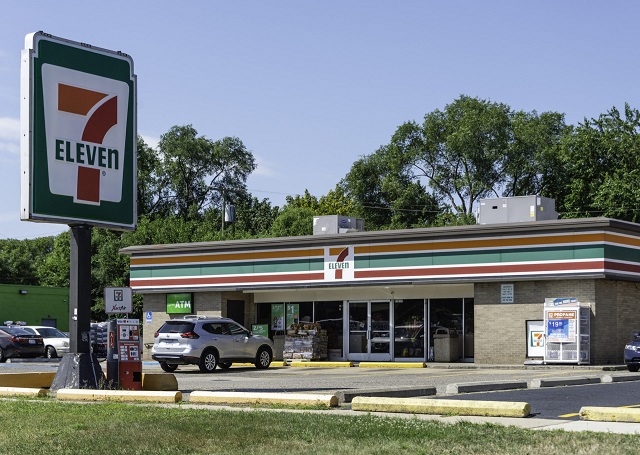 A 7-Eleven location in Madison Heights, Michigan. It is the world’s largest chain of convenience stores. Headquartered in Japan, there are currently a total of 39,000 locations worldwide. (Wikipedia)

The 7-Eleven convenience store chain is finally coming to Israel. McDonald’s, Pizza Hut, Domino’s, and so many other famed American fast food franchises have at least attempted to make it in the Israeli market. Now, 7 Eleven will try to be the first international brand name in the convenience store field to try and do so.

The Israeli firm Electra Consumer announced this morning, Tuesday, that it has made a deal to bring the 7-Eleven chain to Israel. The news comes after months of reports that negations were being held to do just that.

Electra signed a twenty year deal and expects to open its first 7-Eleven store in 20222. The deal could be extended for up to 50 years. Under the terms of the deal, Electra Consumer will invest NIS 60 million ($19 million) in the new 7-Eleven Israel chain. They plan to open as many as 400 locations across Israel.

The store is called 7-Eleven, the story goes, because those were its original operating hours. Now its stores are open around the clock every day of the year. But this will not be the case in Israel. Electra Consumer said that the stores will be closed on Shabbat and Jewish holidays.

But, most Israelis are probably wondering what they need with 7 – Eleven? Israel is already filled with street corner stores. Once upon a time, you could not find anywhere to run out to for some milk late at night, or to get a few things on the way home after a certain hour, not even in Tel Aviv. But now Israel has plenty of 24 hour stores everywhere.

Well Electra Consumer Products CEO Zvika Schwimmer said about that very issue, “I am sure that the shopping experience at 7-Eleven will be different and special for the Israeli consumer.”

Shwimmer also talked about he already has a large demand for new 7-Eleven stores. He told Globes, “We will be in Tel Aviv, Jerusalem, Beersheva and towns in the Arab sector, in neighborhoods in busy commercial areas, in hospitals, in universities, and more. We will be a strong player in malls. We have received thousands of inquiries from franchisees and grocery store owners who want to convert their stores. One advantage is that we will have a joint loyalty club for Yeinot Bitan and 7-Eleven.”