The offshore tax affairs of prominent figures in business, politics, entertainment, and sports have been exposed once again in a massive leak coordinated by the International Consortium of Investigative Journalists, which previously coordinated the release of the Paradise Papers and the Panama Papers.

As our data indicates, the most recent leak is the largest to date, weighing in at 2.94 gigabytes. The Pandora Papers are more than 1,700 times the size of the famous 2010 Wikileaks release of US diplomatic cables.

While the previous two data dumps concentrated on a single offshore enabler – law firms Mossack Fonseca and Appleby in the Panama and Paradise Papers, respectively – the new data dump aggregates records from 14 sources operating in 38 jurisdictions, covering a wider geographical area than the previous exposés.

The leak demonstrates once again how the offshore financial system is inextricably linked to global politics, corporate titans, and prominent individuals who amass large amounts of private fortune. Shakira of Colombia, Julio Iglesias of Spain, and Claudia Schiffer, a former German top model, are among those named this time.

The revelation also implicates 336 former or current politicians with offshore money laundering. They were most frequently from Ukraine and Russia, but also from a variety of locations in Latin America and Africa. The United Kingdom was the only European country to rank among the top ten countries with the most politicians mentioned in the publication. Among them is former British Prime Minister Tony Blair, who will be joined by others in the coming days. 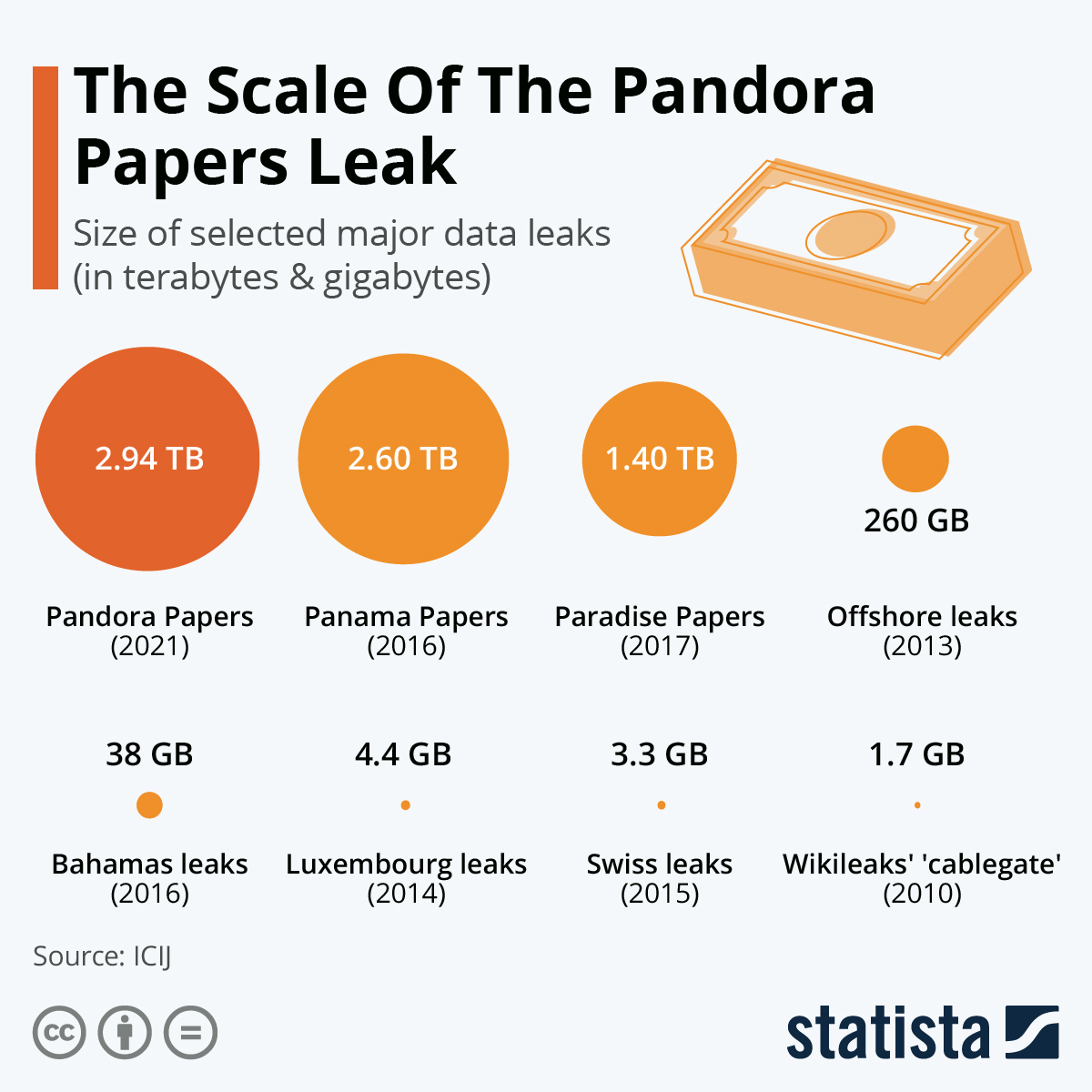 You will find more infographics at Statista
In this article: