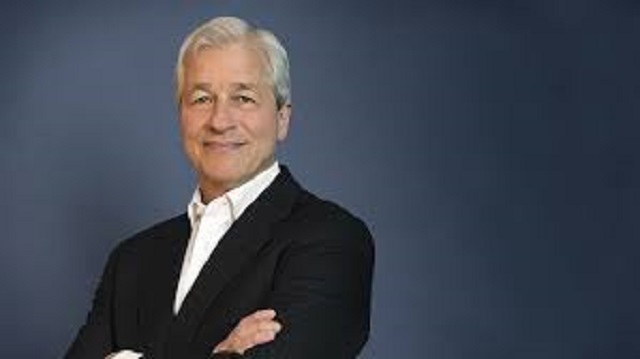 Jamie Dimon,  head of JPMorgan Chase, isn’t taking any chances with the possibility of a US debt default. He said so as the American Congress is once again playing games over the possibility of a government shutdown by refusing to pass continuing spending resolutions to cover America’s absurdly huge budget deficit.

Right now the US is on the brink of owing more than its legal debt ceiling. If it does not pass a continuing spending resolution, it will default on its debt payment. Treasury Secretary Janet Yellen has warned that America will simply run out of money to pay its bills by October 18 unless it gets its act together.

This brinkmanship between the parties is not new. It happens all of the time. The last time was when The Democrats had just retaken the House of Representatives in the midterm elections of 2018. Then President Trump was a Republican and demanded that the House authorize spending for the wall that he promised to build along the border with Mexico.

Never mind that he promised over and over again that Mexico would pay for it or that hi Republican Party had the previous two years when it was in the majority to appropriate the funds. Trump refused to sign any new budget without the funding and this led to a government shutdown.

In the end, President Trump blinked and the money was appropriated for the government to reopen.

Just a few years before that when Barack Obama was the President, the Republicans, then in the majority in the House, made demands that Obama could not accept. So he, as President, rejected the new budget and spending bills and so there was another government shutdown.

At that time there was genuine concern that America might actually default on its debt payments. The Federal Reserve cannot just hand out money to buy back U.S. bonds, not without a bill from Congress authorizing the funds to do so.

The difference this time, however, is that the dispute is coming at a time when both the House and Senate are controlled by the same party as President Biden’s, the Democratic Party. You never have such a game of chicken played out when all three are run by the same party.

This is why no one feels that there is any genuine threat of a shutdown, or a default this time. This is just another example of people playing politics, Senators and Congressmen, using the threat of voting against their own party to squeeze out of it whatever funding they want for their pet projects. And because the democrats have such narrow majorities, it is really easy these days for some to do just that.

But a lot of people are getting really fed up with the situation and with how the Fed enables America’s multi-trillion credit card debt. The Dollar keeps on plummeting against foreign currencies and the debt and deficit keep on going up.

Without some serious tax hikes and spending cuts – in other words actual fiscal responsibility – the bubble will surely soon burst. The economy simply cannot grow that much over the coming yeaars to significantly reduce the value of the debt.

And this is exactly what Jamie Dimon is concerned about. He told Reuters in an interview, “Every single time this comes up, it gets fixed, but we should never even get this close. I just think this whole thing is mistaken and one day we should just have a bipartisan bill and get rid of the debt ceiling. It’s all politics.”

Dimon went on to describe this as a catastrophic event. So he is now reviewing JPMorgan’s accounts in an attempt to get ahead of any shutdown or worse.

Is Jamie Dimon merely saying what everything else in the world of finance is thinking? Is he simply the one to come out and say that the emperor is not wearing any clothes? Hopefully his fellow titans of the financial world will also start to say the same thing and get someone to finally do something about the mess and buy the emperor a pair of pants already.