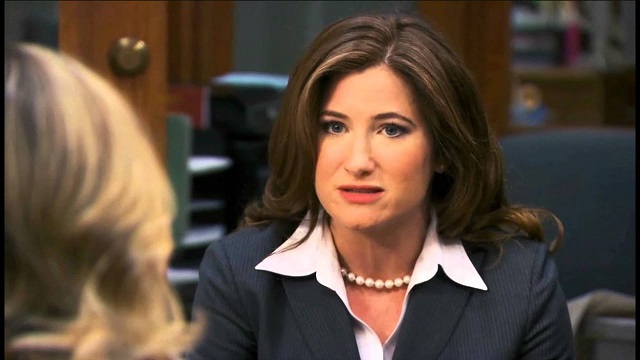 Kathryn Hahn is bringing Joan Rivers back to life. She is doing so in a new biopic TV mini-series called “The Comeback Girl.” The new show is described by its producers as being the “awe-inspiring untold” story of Joan Rivers and how she rebuild herself and her career to become a global icon.

The new show is currently under production and does not yet have a premiere date set, nor information on its number of episodes. Kathryn Hahn is the only cast member as yet announced and it will be interesting to see who they get to play the daughter, Mellissa Rivers, the husband, Edgar, and the many celebrities who were central to Rivers’ career like Johnny Carson.
–

What we do know, today, is that the producers have given “The Comeback Girl” a promo line that reads, “Trailblazer. Adored. Cruel. Diva. Joan Rivers had a life like no other. At age 54, she was a superstar comedienne…and then it all fell apart. The Comeback Girl is the awe-inspiring untold story of how Joan Rivers persevered through near suicide and professional abyss to rebuild herself and her career to become a global icon.”

Why is it called the Comeback Girl? It is because in the 1980 Joan Rivers’ career hit rock bottom after a failed late night talk show attempt. But Rivers then reinvented herself a decade later with a new daytime talk show.

Fans of Rivers’ should be elated with the casting. Kathryn Hahn was just nominated for an Emmy for her performance as Agatha Harkness in Marvel’s TV show “WandaVision.”
–

Can we talk here? No, Kathryn Hahn is not Jewish, but her husband Ethan Sandler is. The two met at Northwestern University. Hahn and Sandler married in 2002 and have two children together, Leonard and Mae.

We lost Joan Rivers way too soon. Rivers was 81 years old when she died on Sept. 4, 2014. Yes, once upon a time 81 would have considered to be a really old age. But Rivers was still very much active and healthy at the time. Think of nonagenarian celebrities like Dick Van Dyke, William Shatner and Mel Brooks who are still going strong. So was Carl Reiner when he died last year at the age of 96. 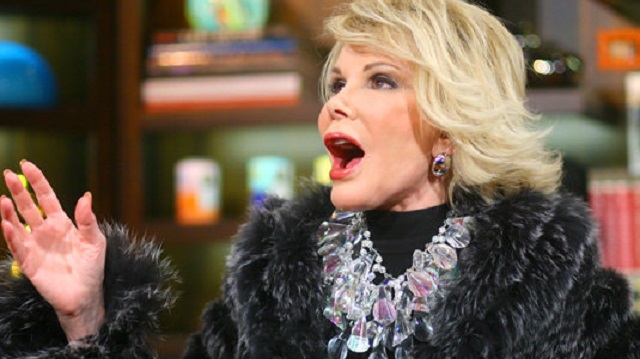 This is why people were so shocked when they heard the news. Sarah Silverman said at the time that it was so hard to accept because, as she put it, “Joan Rivers wasn’t finished yet.” To this day, Howard Stern continues to talk about how sorry he was to hear the news and how he was asked to speak at Joan Rivers’ funeral.

So, what happened to Joan Rivers? She had what was supposed to be a simple procedure, an endoscopy on her throat. But she stopped breathing during the procedure, was revived, rushed to a hospital and died a week later. Federal officials later found that the clinic where Rivers was treated had made a number of mistakes both before and during the procedure. These included a failure to respond to Rivers’ deteriorating vital signs, including a severe drop in her blood pressure, possibly administering an incorrect anesthetic dosage, performing a surgical procedure without her consent, and other medical-clinic irregularities.

It does not matter how old someone is at the time, when their life is ended in such a pointless way it will always be deplorable. A lawsuit later filed against the clinic by Rivers’ family was settled out of court.

If you can’t wait for the Comeback Kid to come out, don’t worry, there will be plenty of Kathryn Hahn to see in the near future. 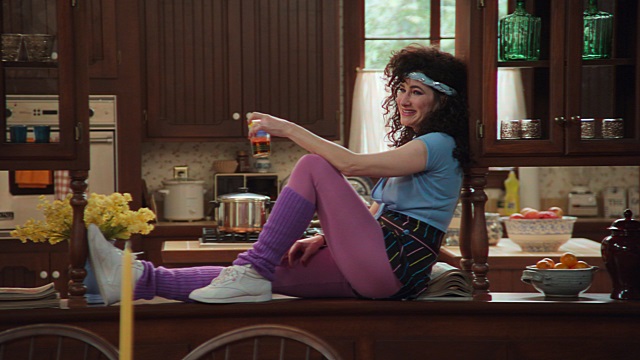 Starting in November she will appear Opposite Will Ferrell in “The Shrink Next Door.” The show will be about the bizarre relationship between a psychiatrist and his longtime patient. And next year she will star in “Knives Out 2.” This is the sequel to the hit 2019 mystery movie that starred Daniel Craig.