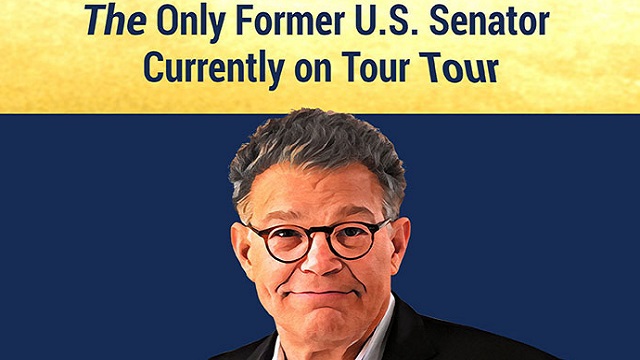 Former Senator Al Franken is not ruling out a return to politics in the future. He said so, and more, in an interview with MassLive.com.

The interview was given to promote Franken’s new tour called “The 15-Stop Tour.” Just by sheer coincidence Franken is performing in 15 different cities. Al Franken, who made his comedy bones on the original Saturday Night Live back in the 1970s, has also nicknamed the tour, “The Only Former U.S. Senator Currently on Tour Tour.” The tour, whatever name you wish to go by for it, will begin in Massachusetts in September.

The 70 year old comedian turned political pundit, turned politician was twice elected to the U.S. Senate from the State of Minnesota. He would have probably easily won a third term in 2020, but in the fall of 2018 he was forced to resign his seat due to unproven allegations of sexual harassment. The allegations have since been debunked. 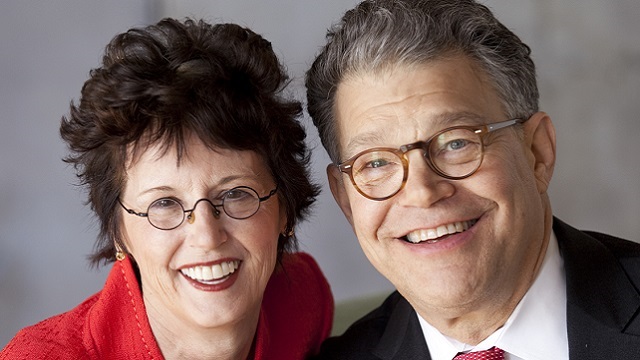 Al Franken’s main accuser was a woman who is a conservative political activist and who clearly opposed Franken’s liberal Democratic agenda. But the whole world saw a picture taken from before Franken was even a senator where he pretended to “grope” the person as she slept. The two were traveling from a USO show where they had entertained the troops serving in Iraq.

Al Franken frequently risked his own safety traveling to Iraq and Afghanistan just to entertain the American service men and women there. And no, he was not paid for this.

The woman in question had fallen asleep on-board the plane while wearing her bulletproof flak jacket and helmet. For the photo, Franken put his hands out as if to squeeze her breasts, which he clearly could not have actually done.
–

Thanks, St. Louis. Looking forward to doing comedy & commentary for the SOLD OUT crowd @sheldonstl.

Warning: Due to the variant, The St. Louis Dept. of Public Health is asking folks not to laugh during my performance. Gonna be fun!

But six other women also made complaints and this forced Franken’s fellow Democratic senators, who were trying to keep a republican accused of pursuing young girls from winning a senate race in Alabama at the time, to force him to resign his seat.

Franken, to this day, feels that his Democratic colleagues failed to have his back and caved to certain political pressures out of fear of failing to win back the House of Representatives in the elections of 2018. For the record, the Democratic Party did succeed in doing so. And its candidate did win that Senate seat in Alabama, but for only two years since it was just a by-election to fill a vacancy. The Democrats then lost that seat again in 2020 and actually lost seats in the Senate in 2018, in spite of Franken’s resignation.

As for any plans to run for office again in the future, Al Franken told MassLive, “I’m keeping my options open. Right now my focus is on doing this (tour) and doing other stuff that is more politically blatant.”

And Franken is still somewhat bitter over how he was treated when his fellow Democrats forced Franken out of the Senate. On this he said, “Well, I wanted due process, but I had 36 colleagues and a majority leader who wouldn’t give it to me, so it was impossible. But you do have some regrets. It was a very weird, tough situation at that moment. I love the Senate. I love the work that I did.”

Franken said that he is not just going out on tour because he wants to make some money or because of a need to get the immediate gratitude offered by a cheering crowd.

“The reason I’m doing it is because with my history at ‘SNL’ and my books,” Franken said. “I’ve always tried to make a difference satirically. Because I believe comedy and satire is a very valid way — and sometimes almost a more productive way — of affecting public opinion.”

Al Franken continues to do just that with his podcast and his renewed public image.