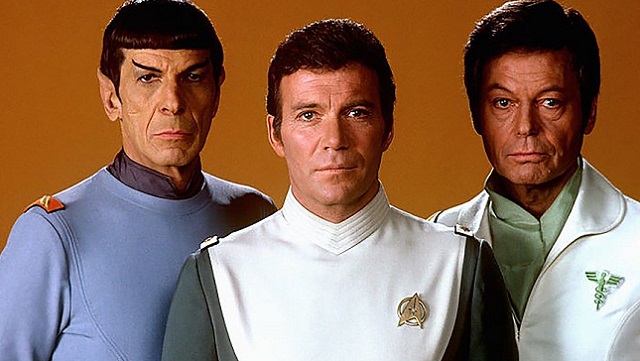 The fifty-fifth anniversary of the premiere of Star Trek came on the second day of Rosh Hashanah yesterday, Wednesday. The day was called Star Trek Day The first ever episode of Star Trek aired on September 8th, 1966, and the rest, as they say, is history.

William Shatner, the one and only Captain Kirk, was born to a Jewish family in Montreal in 1931 and Shatner was 35 years when Star Trek premiered. Today he is 90 and is giving interviews everywhere about his five and a half decades being associated with a cultural icon on the level of James Bond and Superman.

One such interview was given to the streaming service Paramount+. Paramount has owned the entire Star Trek universe for fifty years, since the studio bought out the DesiLu, the company owned by Desi Arnaz and Lucille Ball that produced the original show.

The other Star Trek stars have famously, or infamously depending on your point of view, have not been such big fans of Shatner’s. They have been resentful of him over the years, saying that he is conceited and uncaring. On this Shatner told Paramount+, “There’s such a sickness there, it’s so painfully obvious that there’s a psychosis there. I don’t know what his original thing about me was, I have no idea.”

William Shatner has never acknowledged the complaints of his co-stars. He feels that they are just bitter and jealous because he, along with Leonard Nimoy who played Spock, were the real stars of the show. For that reason, the other ones who played Checkov, Scotty, Uhura, Dr. McCoy and Sulu, did not get as much attention and screen time in the movies. 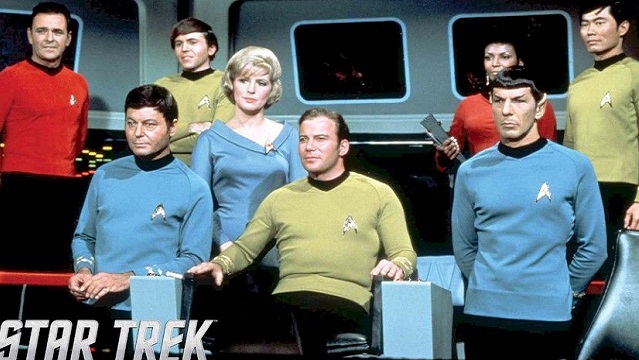 The television show was only on the air for three seasons and was canceled in 1969. But it became so popular in syndication that a movie was made in 1979 that reunited the original cast. Five more films would be made, six with Shatner in them when you include the first “Next Generation” movie “Star Trek: Generations.”

On the resurrection in movies he told USA Today, “It was wonderful. The whole newness. We had been canceled and all of a sudden, there was all this money poured into the production. We thought, we’re off and running into the major movie arena. We weren’t. The movie wasn’t the success we hoped it would be.”

Leonard Nimoy, who played Spock, died in 2015 at the age of 83. Shatner told Paramount of Nimoy, “Leonard was my dearest friend. I loved Leonard Nimoy. We had success, envy, anger, love, passion.”

“I loved Leonard as my dearest brother,” added Shatner. “When he died, a part of me died.”

On missing the funeral of his friend and cast mate for 50 years Leonard Nimoy, Shatner told USA Today, “Leonard was being buried on a Sunday morning, and I had agreed to (attend) a Red Cross charity thing at Mar-a-Lago that year. I had to decide. I decided for the charity. I said to the people at the charity that there’ll be things erected for Leonard – but they’re all ephemeral. Everything dies. Everything turns to dust. The only thing that remains are our good deeds, that’s the legacy.” 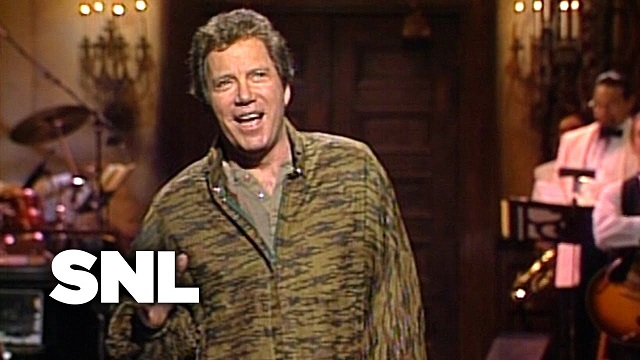 When the movie Star Trek IV came out in 1986, Shatner hosted Saturday Night Live and did a killer spoof of what the Star Trek conventions are like through his eyes. Many devoted fans were insulted, rather than amused.

During the sketch, Shatner, as himself, told assembled fans “For crying out loud, it’s just a TV show. I mean, look at you. Look at the way you’re dressed. You’ve turned an enjoyable little job I did as a lark for a few years into a colossal waste of time.”
–

This was all meant in good spirit. But Star Trek Fans, Trekkies as they are known, have always been derided as nothing but a bunch of nerds who have no live. So, almost 35 years later, fans are still hurting from the spoof.

About this, Shatner told Yahoo Entertainment, “I understood [the controversy], but I also understood that it was so amusing that most people would laugh, which they did. Some people didn’t, and I’m sorry. But it was meant in fun. And I advise you to laugh.”