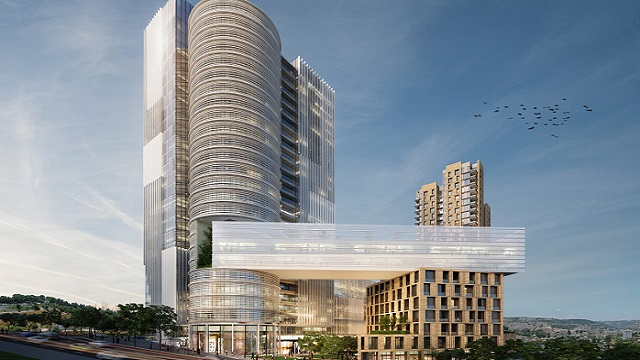 Jerusalem’s Givat Shaul neighborhood is getting a new multi-function development that will include two 25 story high towers. It will be located on Yosef Weitz Street, where Givat Shaul meets the residential neighborhood of Har Nof, by the Jerusalem Forest, near Road 16, the new western Jerusalem entrance highway.

Highway 16 is a new road leading into western and southern Jerusalem that is currently under construction. When coming into town on the main highway 1, travelers can see where new tunnels have already been dug which will bypass Jerusalem’s western most neighborhood, Har Nof. When completed, Highway 16 will alleviate the current traffic congestion at the Ben Gurion Boulevard/Jaffa Road western entrance to Jerusalem.

The entire face of Jerusalem is changing. First, the Chords Bridge by the city entrance was constructed for its light rail trains. Then the new underground train station opened near the bridge offering the first ever direct train route to Tel Aviv.

Today, visitors can see that the entire area at Jerusalem’s city entrance by its Binyanei Hauma national convention center and central bus station is one big construction site. A series of new high tower office buildings will make the area look more like Tel Aviv, than the Holy City. The new train line and new roads are expected to make it much easier for people to commute to work and the new buildings will provide a new source of revenue from property taxes for the city.

The Givat Shaul development is to be called “Ir Olam,” which means “City-World” in Hebrew. The developers must feel that this will be so massive that the new complex will seem like a city-world. 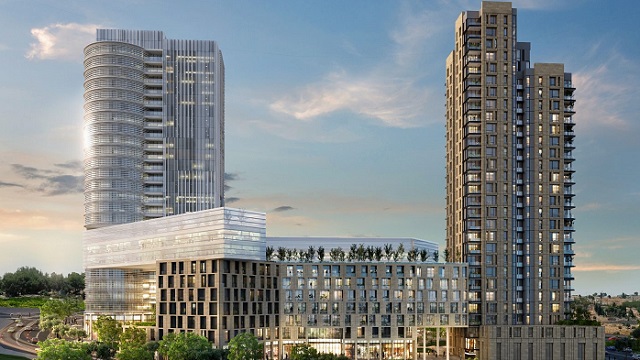 The new development is being constructed on a 3.375 acre site, which was previously the location of the Jerusalem flour mill that was torn down. The project is from ISA Group, which is managed by co-CEOS Akiva Zorbein and Shalom Greiba.

Yashar stated that, “The location is very interesting because Givat Shaul was once an industrial zone far from the city where the Angel bakery and flour mill were built. Dramatic things are happening there. The first is Road 16 the new entrance highway to Jerusalem which comes right up to the southern side of the project and will be a major new entrance to the city.”

“The second is that there will be a Jerusalem light rail line on the main road above the project, Kanfei Nesharim Street, on which construction has already begun,” added Yashar. “Ultimately, industrial enterprises will leave for more contemporary activities. Our project sits on the seam between the Kiryat Moshe residential neighborhood and the margins of industry. It’s a strategic location in which to create change.”

The buildings are designed by Israeli architect Avner Yashar.