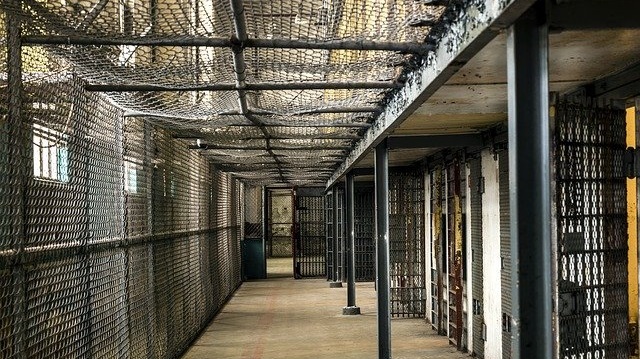 Jewish philosophy just might be the answer for rehabilitating convicted felons serving time in prison. At least, a new study from Bar Ilan University suggests that this may be the case.

Is prison meant to be a punishment, a place to separate those people who are known to be dangerous from the rest of society, a place to rehabilitate criminals, or all of the above? This is the great debate.

The primary function of jails is clearly punitive, as well as a deterrent. Many people only obey the law because they fear prison. And sending people to jail as a punishment for their crimes serves as a warning to others.

But once convicted felons are in prison, efforts are made to find a positive use for all of the time that they will spend behind bars. They are sometimes taught new skills in order to get jobs after completing their sentences. Prisoners are also required to work in an effort to teach them how to do so, as many were always criminals and never held a job.

But the public at large does not like seeing its tax money go towards providing any services to people in prison. And this includes programs that attempt to rehabilitate the prisoners. However, there are plenty of programs being conducted around the world by private groups and these do not cost the public any money at all.

The Bar Ilan project is one such example.

Students and faculty members in Bar-Ilan University’s Department of Jewish Philosophy’s Jewish-Social Thought Program are currently conducting research into the matter. The students are holding a series of meetings with inmates who are in the process of rehabilitation, in the framework of the “Maftehot” (“Keys”) Hostel. Before being fully reintegrated into society, the convicts first live in a hostel in what is known as a halfway house.

Hostel residents joined academic sessions at the university, as part of a philosophy dialogue workshop. The workshop hosted lecturers for talks and lectures on ethics, morals, and human relationships inspired by Martin Buber, who said, “All actual life is encounter.”

Both Jewish and Muslim hostel members attended the meetings. The Jewish sources used included texts like the Priestly Blessing and the Biblical book Song of Songs. The Jewish philosophical discourses used included concepts of forgiveness as taught by the German-Jewish philosopher Moses Mendelssohn, or the concept of responsibility of the French-Jewish philosopher Emmanuel Levinas. These were said to have aroused great interest and curiosity among the participants, fueled by their desire to study and search for a connection between philosophy and their personal lives.

The participants received a graduation certificate at the program’s end. For most, this was their first encounter with an academic institution. For those who were university graduates, the meetings gave them a connection to the positive points in their past. One participant even spoke openly about his desire to study at a university.

The idea for the hostel meetings was conceived by the chair of the Department of Jewish Philosophy (Jewish Thought), Prof. Hanoch Ben-Pazi, who had a dream of teaching ethics in prisons. He turned to Dr. Oz Bluman, who leads the Beit Midrash course that explores the challenges of Israeli society, and to Yael Cherniak, a department PhD candidate (writing her dissertation on Buber and Marcel) who leads the series of meetings and the social action workshop, and together they began to develop the program.