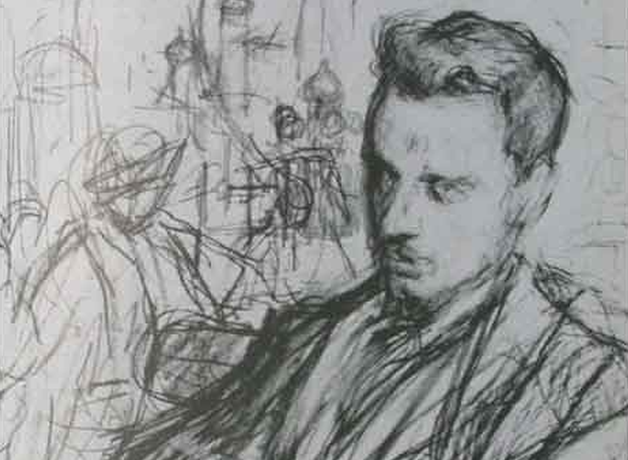 “Happy are those who know that behind all speeches are still the unspeakable lies….”-Rainer Maria Rilke, Possibility of Being

Rilke, the Dionysian poet, is generally associated with dense philosophical matters of “being” (in German, “Existenzphilosophie”), but he also acknowledged “the unspeakable lies” of politics. From one historical epoch to the next, the grievous particulars of such lies vary from moment to moment and place to place. Nonetheless, the generality of their core meanings is overriding, and remains conspicuously and unshakably constant.

Generality, as we may learn from refined analytic philosophy, is important. In science, inter alia, it represents an essential trait of all serious meaning

There is more. Were he alive today, Rilke would likely observe, among other things, that war and peace are merely transient reflections of assorted untruths. What we see mirrored in the daily news reports on Afghanistan, therefore, are “just” the latest human struggles for primacy (individual and collective), belonging and life-everlasting. In essence, it is these timeless struggles for power, membership and immortality that best define the deeper and more consequential meanings of Afghanistan.

For the moment, public attention is being focused elsewhere. As usual, the key questions being asked are superficial. These questions concern narrowly partisan disagreements on presidential decision-making or policy-making error. Though it is reasonable in any democracy that the citizenry be offered an informed opportunity to allocate legal competences and responsibilities, it is also necessary that this body politic look for and elucidate variously deeper meanings.

In Afghanistan, the “political” matter at hand, it is noteworthy that although “we have been to this movie before,” there still exist certain core commonalities. These commonalities are meaningfully relevant to wider truths, Now, they warrant disciplined theoretical study.

“Theories,” observed another German poet, Novalis, “are nets. Only he who casts, will catch.”

More than anything else, Afghanistan demands more coherent and comprehensive theorizing. To begin, the ongoing crisis in that beleaguered country has deeper import than what is currently being suggested by “experts.” Afghanistan represents much more than “just” another current catastrophe. It offers an opportunity to discover what “really” ails this imperiled planet; that is, to identify those still-remediable factors that are most patently and durably causal.

Afghanistan has many “sides.” It is both microcosm (war; religious conflict; crimes of war; irrational prejudices; bitter rancor) and macrocosm (the individual human being: non-rational; death-fearing; anti-intellectual; superstitious; self-destructive).  Taken together, these bewilderingly intersecting elements can easily become synergistic. Here, by definition, the “whole” of combining elements will be greater than the sum of all separate “parts.” Further, this entirety will become substantially greater if scholars and policy-makers can quickly learn to approach this current Afghanistan crisis as metaphor.

Big questions will have to be answered. “Why do entire nation-states put themselves in harm’s way again and again, sometimes (increasingly) in the path of existential harms”?  “Why do countries that may finally access the tangible benefits of science and education insistently fall back upon myth, ignorance and civilizational regression?” “Why do peoples continue to prefer certain exterminatory paths in national and international affairs to the always available mechanisms of international law and humane peacemaking?”

These questions ought not be disregarded as “collateral damage” of day-to-day US foreign policy. In The Law of Nations (1758), classical Swiss jurist Emmerich de Vattel observes: “The first general law, which is to be found in the very end of the society of Nations, is that each Nation should contribute as far as it can to the happiness and advancement of other Nations.” Though a “general law,” this imperative is routinely swept under the rug. Why?

Though tangible and current policy issues are most urgent, Afghanistan is best approached as metaphor for the longer term. It should be studied accordingly.

Afghanistan can provide scholars and policy-makers with a real-world and real-time “laboratory.” What this laboratory can reveal to us is a visceral and plausibly overriding human death fear. Wherever we might choose to look on this earth, such primal terror splits all human civilizations into “us” and “them,” into adversarial camps of individuals who can wittingly discover in the systematic slaughter of certain “others” the key to their own personal immortality.

From time immemorial, this has been an incomparably tragic discovery. To recall a clarifying lyric by Bob Dylan, what matters most to individual human beings and nation-states is to have “God on our side.”

There is more. Unless we finally take concrete steps to implement an organic planetary civilization – one based on the immutably central truth of human “oneness” –  there will be no civilizations at all. The time-urgent imperative of this portent is magnified by our species’ steady “advances” in the creation of mega-weapons and infrastructures. Augmenting this “progress,” some major states are now committing themselves to nuclear deterrent strategies based not “only” on threats of “assured destruction,” but upon recognizable capacities for nuclear war fighting.

Let us be candid; in such matters, planet earth is still at the beginning. Until now, in such primal matters, we humans have consistently managed to miss what is most important. Nonetheless, the central truth here is simple: There exists a latent but determinative “oneness” to all world politics.

There is more. Human beings often fear solitude or “aloneness” more than anything else on earth, sometimes even more than death. Amid the palpably impending chaos that is stampeding across Afghanistan, already-suffering individuals will still offer unswerving loyalties to the corrosive claims of “tribe.” Always, everywhere, people desperate “to belong” subordinate themselves to various predatory expectations of nation, class and (above all) faith.

In Afghanistan and other places, such subordination may carry with it belligerent celebrations of “martyrdom.” The veneer of all human civilization remains razor thin. As will likely be revealed again in Afghanistan, swaths of loyal “members” are prepared to support ancient practices of “sacrifice.” Significantly, such atavistic dedication lies at the heart of both war and terrorism.

To survive on this human-imperiled planet, we may learn from Afghanistan.  Most fundamentally, all must sincerely seek to survive together, and to rediscover individual lives that are detached from patterned obligations “to belong.” It is only after such an indispensable rediscovery has become widespread that humanity could plausibly hope to reconstruct world politics on a sound basis. In the end, we must give birth to a witting foundation of global interdependence and human “oneness.”

Unrealistic? Of course. But “in the end,” as we may learn from Italian film director Federico Fellini, “The visionary is the only realist.”

In The Decline of the West, a modern classic first published during World War I, Oswald Spengler commented: “`I believe’” is the great word against metaphysical fear, and at the same time it is an avowal of love.’” The correct visionary would finally accept that suffocating conflicts of life on earth can never be undone by improving global economies, building larger and larger missiles, fashioning or abrogating international treaties, replacing one sordid regime with another or “spreading democracy.”

These traditional “remedies” would be insufficient for good reason: The planet as a whole will still remain on its unswervingly lethal trajectory of belligerent nationalism and tribal conflict. To wit, reminds French Jesuit thinker Pierre Teilhard de Chardin in The Phenomenon of Man: “The egocentric ideal of a future reserved for those who have managed to attain egoistically the extremity of `everyone for himself’ is false and against nature.”  Still, throughout history, what is perfectly obvious to calculations of human Reason has been undermined by more insistent claims of anti-Reason.

Before the tortuous drama is all over, humankind will need to take much more seriously that global survival requires escape from the eternally contentious spirit of competitive tribes. The likelihood of meeting such a daunting requirement of human “oneness” is portentously low, but foreign policies (e.g. America in Afghanistan) can no longer be constructed according to outdated assumptions of power politics. Finally, aware that the entire system of world politics displays the same fragility as an individual life –  that is, the irremediable fragility of not being immortal – an extraordinary shudder should run through “powerful” states. Even if the Afghanistan crisis should end more quickly and successfully than was first expected, it will inevitably be revealed as just another lethal milestone on the open road to species self-destruction,

A concluding thought dawns. A shared theology will be indispensable to human survival, but this belief-system cannot be just another chanted affirmation of superior divinity. Whether we presently believe that a transcendental supreme being created a cosmos or a chaos, ultimate survival responsibilities will be humankind’s alone. “In the end,” warns Goethe succinctly in Faust, “we must depend upon creatures of our own making.”

For the moment, it is less important that we agree on the preferred nature of such “creatures” than that we share a sincere commitment to the “world order” process. Whatever else we might find generally agreeable or disagreeable, one fact will remain incontestable: Everything depends upon the individual human being, the “microcosm.” No nation or society can ever be better than the sum total of its constituent “souls.” Expressed differently, but not wholly without optimism, Carl G Jung has summed it all up with enviable candor and simplicity: “Every civilization is the sum total of  individual souls in need of redemption.”

As a long-delayed beginning, nothing more needs to be said. After Afghanistan, we may also learn from the poet Rilke that those who can lead in variously needed directions will be “those who know that behind all speeches are still the unspeakable lies.” Though not easy to make as a practical political argument in the United States (at the 2016 Republican national convention, “Duck Dynasty” was the presidential candidate’s “keynote speaker”), this basic knowledge could represent an indispensable sort of understanding.

“Unspeakable lies” can never be a proper foundation of human governance.

This article was first published in Modern Diplomacy